Obama should see peace process through

History suggests that only a resolved American president, such as former Presidents Jimmy Carter or George Bush, Sr., can persuade the Israelis to come to an agreement with the Palestinians. 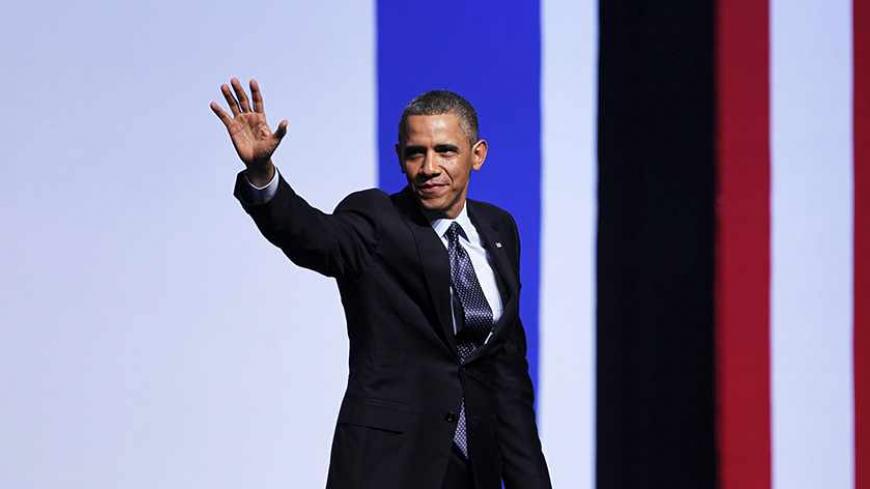 There’s a reason Romanian Foreign Minister Titus Corlatean publicly called on US President Barack Obama to take the reins of the faltering diplomatic process between Israel and the Palestinians. In an interview, he delivered a heavy hint to Washington, reflecting the prevailing view among senior diplomatic echelons in Israel and the world that the US initiative is hanging on by a thread.

The Romanian minister hinted that this process is not the personal business of Secretary of State John Kerry. Despite Obama’s efforts to stay out of the quagmire, failure will stain the person sitting in the White House, too. The Nobel laureate cannot hide behind the apron strings of an official, senior as he may be.

Before he decides to trundle out the tired excuse that “The US wants peace as much as the two sides,” Obama would do well to glance at a memo that Zbigniew Brzezinski, the national security adviser in the Jimmy Carter administration, placed on the president’s desk in July 1978, at the height of the peace process between Israel and Egypt.

Brzezinski warned Carter that if the United States takes a public stand and then disavows it, US Mideast policy will be left in “shambles.”

“If we go public, we must prevail,” the adviser said. The word “we” obviously included the president, first and foremost. How many people remember who was secretary of state in those days? (It was Cyrus Vance.)

Obama has taken a public stand regarding the resolution of the Israeli-Palestinian conflict several times with great fanfare. The first time, in June 2009, a short while after assuming office, he flew as far as Cairo in order to publicly declare, “All of us have a responsibility to work for the day when the mothers of Israelis and Palestinians can see their children grow up without fear.” So as to remove any doubt as to the meaning of "all of us,” Obama added that he would "personally" undertake to pursue this goal “with all the patience and dedication that the task requires.”

In addition, the president stressed that an end to the conflict is not only in the interest of the “sides,” but also “America's interest and the world's." He also made clear that he was not referring to a distant future, saying, “It is time for them — and all of us — to live up to our responsibilities.”

Five years after the “time came,” it turns out that even the speeches of important presidents do not change the reality in the Middle East. What’s the point of Obama’s declaration in Cairo that the US “does not accept the legitimacy of continued Israeli settlements" and "This construction violates previous agreements and undermines efforts to achieve peace”? US spy satellites can tell the president how many new houses have been built in the settlements since he declared in that same speech, “It is time for these settlements to stop.” US officials condemn, the heads of the European Union warn and the settlers hold housewarming parties.

Two US presidents can teach Obama that when a president decides to act in keeping with the title “leader of the free world,” achievements aren’t far behind. The first of these is President George Bush, Sr. Had it not been for his determined decision to withhold economic aid from Israel ($10 billion in guarantees for the absorption of immigrants from the former Soviet Union), late Prime Minister Yitzhak Shamir would likely have defeated late Prime Minister Yitzhak Rabin in the 1992 elections, and Israeli law would still ban Israeli citizens from talking to the Palestine Liberation Organization.

The campaign conducted against Bush by the Jewish lobby at the height of the election campaign, and the threat to remove him from the White House, did not deter the president from a direct confrontation with the Israeli leadership, while publicly backing Secretary of State James Baker. Bush was the one who paved the way for the Oslo Accords, which brought about the peace agreement between Israel and Jordan.

The second president, as previously mentioned, was Carter. It’s highly doubtful that the peace agreement between Israel and Egypt would have materialized were it not for the personal involvement of the US president. Even though he was in the second half of his first term, with an abundance of domestic woes that threatened to distance him from the White House, Carter decided to meet the challenge and to risk a confrontation with Israel, its “friends in Congress” and the Jewish organizations.

He spent 13 straight days in exhausting negotiations at Camp David, tirelessly skipping back and forth between late Prime Minister Menachem Begin and late Egyptian President Anwar Sadat, whispering with their advisers and delving into security issues and legal formulations.

In March 1979, Carter took off for Cairo and from there continued to Jerusalem, where he spent three days working to salvage the peace agreement. He met with cabinet ministers and members of the Knesset, appealed to the public and did not hesitate to deliver an ultimatum to Begin: “Now or never!” Carter returned home with a historic peace agreement, which has survived more than one crisis and upheaval in the Middle East.

At a management meeting of the Foreign Ministry in those days, one of the participants asked, “As far as Carter is concerned, is it a gamble or a near-sure thing?” Then-Foreign Minister Moshe Dayan answered, “I think that for Carter, it’s a diplomatic necessity. The United States has a paramount diplomatic need to stabilize things in the Middle East after Iran. Even if an agreement is not reached, the United States will want Egypt as an ally. In either case, it’s not a gamble, even if nothing comes of it.”

Does Obama’s United States not have a paramount diplomatic need to stabilize the Middle East in light of the dramatic developments in the region, Iran included?

Brzezinski, who accompanied Carter closely during all the stages of the negotiations that led to the Camp David Accords, wrote in his memoirs that he recommended to the president that before jumping into the chilly water, he would do well to ask himself the following questions: “How are we prepared to deal with an Israeli rejection of our proposal? And do we have the political strength to manage a prolonged strain in US-Israeli relations?”

The senior adviser surmised that if the president jumped into the water, “Given the centrality of the US pipeline to Israel’s survival, the Israelis instinctively would shrink back from overt defiance of the United States,” — but, he stressed, only if they were convinced that the United States “means business.”

As long as the president makes sure he stays dry, they won’t be persuaded.

Until now, Obama has opted to walk between the drops, as did his two predecessors, Presidents Bill Clinton and George W. Bush. They too spoke with much fanfare about their commitment to peace, but at the moment of truth got cold feet. They, too, convened festive conferences, raised funds for the Palestinian Authority (PA), sent experts to train the PA's security apparatus and even presented road maps for a permanent arrangement. But they also treated the destructive construction in the settlements with forgiveness, and were reluctant to use the heavy pressure levers at their disposal on both parties to build up a two-state solution.

Will Obama waste the two terms in office he was handed by the voters and leave his successor with an inheritance of failure and desperation, or will he, instead, add a chapter of success and hope to the important chapters written by Bush, Sr. and Carter?