Turkey close to deal with China for anti-missile system

Turkey’s Undersecretariat for Defense Industries says they are 90% done on the agreement purchasing an anti-missile system from China, but notes that there still could be a political decision to abort the agreement. 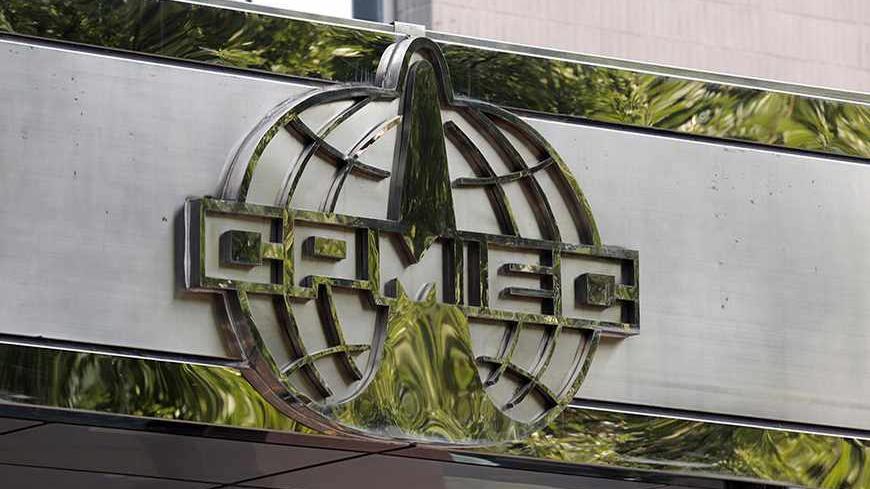 The logo of China Precision Machinery Import and Export Corp (CPMIEC) is seen at its headquarters in Beijing, Sept. 27, 2013. - REUTERS/Kim Kyung-Hoon

Despite all the warnings from the United States and NATO, Turkey looks determined to go ahead with the deal it reached with China Precision Machinery Export-Import Corp. (CPMIEC) to acquire a long-range anti-missile system. The Vatan daily today, Nov. 21, quoted officials from the Undersecretariat for Defense Industries who asked to remain anonymous as saying they faced no technical problems in the negotiations with the Chinese side, and predicted that the actual signatures on this potential agreement would be put in place earlier than the projected 6- to 12-month interval.

The same sources also said that they have already started working on new software that would allow them to integrate this Chinese system into the NATO system, and that they registered significant progress so far. With this software, the Turkish side argues that the Chinese system will be integrated into Turkish air defenses, and that would prevent both NATO and China from accessing each other’s networks. They have also stated that while the agreement looks like a 90% done deal, there may still be a political decision to change the end result.

"The ones who raised objection to this deal so far have been the officials working at NATO, but it is the NATO Council that could say the final word on matters as such," said the unidentified officials of the defense undersecretariat. "Turkey needs to diversify its resources, and create new alternatives. In other words, it does not necessarily solely [need to] be connected to the Western system."

Turkey, however, extended the time for US and EU companies to renew their proposal until Jan. 31. That said, officials say these companies did not make any revisions on the cost of the project, and therefore the Chinese proposal still remains the winner because it also promises technology transfers which Turkey has been asking the United States to share, to help it advance Turkish defense industries.

Talking to Al-Monitor, Ian Lesser of the German Marshall Fund observed that Turkey has been giving signals that it would be diversifying its defense industry resources for some time and that there is nothing new in this development. "What is complicated about all this is that it is telling about Turkey’s strategic decision and concern about the future role of China as a strategic factor," he said. "These deals are not only about economics or technology, but about what sort of signal the Turkish leadership wants to send about its international partnership. These are not purely technical decisions."

Turkey’s Defense Minister Ismet Yilmaz, however, chooses to approach it just as a simple technical matter. "I have attended the NATO meeting in the United States and no one directly told me anything about this issue," he said on Nov. 20.

Turkish Foreign Minister Ahmet Davutoglu echoed him on Nov. 19 after meeting US Secretary of State John Kerry in Washington. "We discussed this issue of the missile defense system with Kerry over the luncheon. There was certainly no expression of unease about [this potential deal.]  We shared with them Turkey’s objective criteria and the steps it has taken. They in return shared their perspective, and expressed that both the United States and EU firms are well aware of Turkey’s expectations regarding this purchase," he said. "We stressed once again that we have not yet given our final decision, and they said they will continue to work on this issue. There is nothing like displeasure or a split in ideas. They may come with new proposals, and we can consider accordingly."

Defense News, however, reported on the same day, Nov. 19, citing a high-level US diplomat, "Turkish entities to be involved in this program in partnership with CPMIEC would be denied access to any use of US technology or equipment in relation to this program. … No US equipment would ever be sold or authorized to be used anywhere in the program."

A well-informed NATO source on this matter also told Al-Monitor, "Regardless of the software Turkey talks about, we will not take the risk of incorporating our system with a Chinese system. But Turkey is totally free to decide to buy this system, but it needs to find ways of benefiting from it without having any deal with NATO," he said. "It is just difficult to understand why Turkey acts like this, though."

In fact, Jen Psaki, a spokeswoman for the US Department of State stressed that the department had concerns about the potential for this deal to go forward. She was asked by reporters after Davutoglu and Kerry met on Nov. 18 whether the Turkish side basically gave the message that the United States has no trouble with this deal. "Secretary Kerry reiterated our concerns and the importance of procuring a NATO interoperable system, which has long been a concern we’ve expressed to Turkey. And that was how he conveyed it during the meeting yesterday," she said. Psaki was also asked about Davutoglu’s saying, "For four years, nobody raised any concerns. Nobody said this is not good for NATO."

"It’s hard to believe we would not have concerns about … a potential agreement on a system that is not interoperable with NATO and with a company that has US sanctions against it. So — but in terms of the timing, I don’t have any details on that," she said.

On Oct. 24, Francis Ricciardone, the US ambassador in Ankara, also expressed concern about this potential deal, drawing attention to the Chinese company being under US sanctions. "Deciding to cooperate with a company that is under US sanctions is going to impact the cooperation in the defense field between Turkey and the United States," Ricciardone said.

All that said, Western diplomats speaking to Al-Monitor said that as much as there is discomfort about Turkey’s decision to choose a Chinese firm, they argue that this decision in no way is going to lead to any marginal decision that would expel Turkey from NATO. "Turkey is a strategically very important country. That thought of expelling Turkey out of NATO is totally out of question," one Western diplomat told Al-Monitor.

NATO Secretary General Anders Fogh Rasmussen’s statement on Oct. 22 in fact confirms this calm approach. "Our position is very clear. It is a national decision to decide which equipment to purchase. It remains a national decision. However, seen from a NATO perspective, of course, it is of utmost importance that the systems nations plan to acquire can work and operate together with similar systems in other allied nations. That is what we call interoperability," he said. "I feel confident that Turkey is aware of this NATO position. I am also confident that Turkey’s authorities will take that into account, before taking the final decision."

In any case, though, this is a procurement worth nearly $3.4 billion, and Western companies will not be happy if this money goes to China. But the thing is, Turkish authorities still insist in their remarks that they have not yet said the final word.

"They talk about 90% certainty that this deal will go to the Chinese firm, but there is then that 10%, which is something new," Lesser said. "Clearly there is some open calculus on the Turkish side about the implementation of the deal and its political dimension."