Many young Palestinians are frustrated with the suffocation of democracy by the two main political parties and by their exclusion from the political scene. 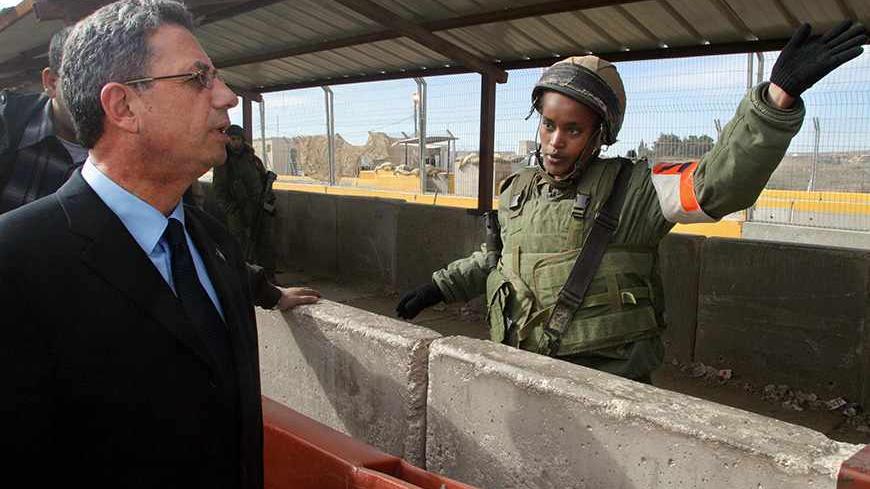 GAZA CITY, Gaza Strip — Palestinian youths, like all Palestinians, are living through harsh political, economic and social conditions. Young Palestinians are kept away from leadership positions in political parties and are suppressed when they try to deviate from the established political line. This is the case in both the West Bank and Gaza Strip. These youths lack a true role model or inspirational figure, unlike what Shlomi Eldar wrote in Al-Monitor about Mustafa Barghouti.

Although Barghouti is an independent figure who has rallied against the two main parties, the fact remains that Palestinian youth are largely disenchanted with the political scene at present. Barghouti himself did not seem convinced of comparisons drawn between him and youth activist Wael Ghonim, when asked about this by Eldar. Moreover, Eldar neither provided significant justification for why the youths made this comparison nor did he reveal where he got his information. This comparison contradicts what was mentioned by youths belonging to the Palestinian National Initiative (PNI), who conceded that the youth are lacking a figurehead.

The March 15 movement has become the most prominent political force for Palestinian youths. The movement started in 2011 in the form of massive rallies throughout the Palestinian territories to express people’s rejection of the split between Hamas and Fatah, both of which tried and succeeded in controlling that movement. The movement did not include the leaders of any Palestinian political parties as members, including those from Barghouti's party.

What Palestinian youths lack is a role model around whom they can rally to face life’s pressures and force the Palestinian leadership into allowing them to get involved in the political and economic spheres. Barghouti, despite his respectable independent stance, has failed so far to galvanize disenchanted Palestinian youth. The youths criticize this system and no longer want to be under its banner.

Ahmed Ghalban, a youth activist in the Gaza Strip and a member of the PNI, said the youth are facing “a lack of a unifying idea, because the liberation of Palestine — which all Palestinians agree on — has become a widened concept, and young people need the idea’s strength to motivate them amid the widespread political frustration.”

In an interview with Al-Monitor, Ghalban said the current young generation has “stayed away from politics as a result of the rift between Fatah and Hamas, and due to the fact that they have become trapped in a small reality that limits their ability to effect change — contrary to the generation that witnessed the Palestinian intifada, whose aim was clear.”

“Many young people are trying to work from outside the political parties. For example, the youths recently formed a youth legislative council to promote a democratic culture among young people. Such a culture is currently missing,” Ghalban added.

A report titled "The Reality of Palestinian Youth in 2013" (published by the Sharek Youth Forum) revealed that Palestinian youths are clearly reluctant to join Palestinian parties, especially after the Palestinian Authority was established in 1993.

The youths have been trying new ways to effect political and social change, but their chance of success is limited because of the occupation, the Palestinian rift and the deteriorating living conditions in the Palestinian territories.

Khaled Karajah, one of the founders of the Youth Movement for Social Justice in the West Bank, believes that there are many youth role models but the political reality and lack of freedom and democracy are preventing them from working and effecting change.

“There is neither care nor protection for young people to help them to work in the Palestinian political and social environment. [Other problems] are the tribal culture, the political parties dominating the political reality, the occupation, the sharp political polarization in the Palestinian street and the nature of the laws prevailing in Palestine, which do not promote the interaction of the youths or protect them,” Karajah said, speaking by phone to Al-Monitor from Ramallah.

He pointed out that the youths work in a very tight area, even though they make up a large proportion of the community. The political reality and societal constraints also prevent women from actively participating at different levels. He accused local Palestinian media of not assisting the youths and not showing enough interest in the causes of young people.

Student blocs in universities and colleges are considered the most important form of youth political participation. More and more young people are becoming active in educational institutions. Some consider that an indicator of the Palestinian factions’ power and popularity of its political programs in the Palestinian street. Barghouti’s party, however, was not able to successfully compete with the two major parties — Fatah and Hamas — in any of those student elections.

However, the report noted that 76% of young people think that student blocs do not work for the students but for the interests of their members and the political factions they represent.

Many young Palestinians believe that the Palestinian people’s revolt against the Israeli occupation has inspired many Arabs. However, Palestinian youths envy other Arab youths for having succeeded in bringing about change in the Arab Spring and put forth young leaders. The frustrating political reality of Palestinian youths is limiting their ability to bring about the needed change.