Negotiations are slated to last nine months, but if by the end of the year no progress is made, the Obama administration will present an American final status agreement draft. 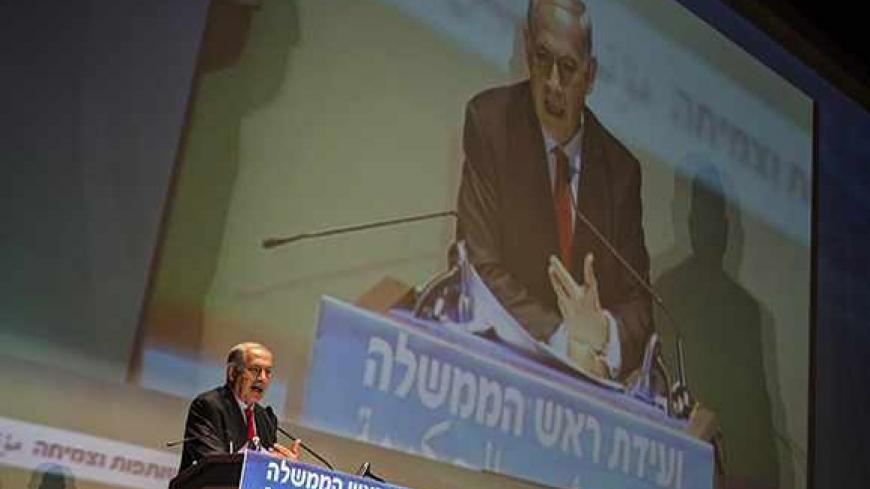 A deal over prisoners in exchange for settlements is no longer just journalistic speculation. The Oct. 30 announcement to the Knesset plenum by Knesset member Ofir Akunis of the implementation of the plan to build 1,500 housing units in Ramat Shlomo, over the Green Line in Jerusalem, and to buy land for immediate construction of hundreds of apartments in West Bank settlements, was made virtually in the same breath as the announcement of the release of 26 Palestinian prisoners.

The release of 26 prisoners in August 2013 was also accompanied by an official announcement of the buying of land for the immediate construction of 1,200 new housing units in Jewish neighborhoods in East Jerusalem and in the settlements. Palestinian protest against the expansion of the settlements and the Israeli right’s outcry against the release of prisoners have become part of the ritual called “the diplomatic process.” This time, as in the last round, the spokesperson of the US State Department mumbled some words of reproach against the expansion of settlements.

The leadership of HaBayit HaYehudi, whose representatives are part of the government that decided July 28 to release 104 prisoners “as part of the negotiations between Israel and the Palestinians,” protested “the release of terrorists in exchange for the doubtful honor of Tzipi Livni meeting with [Palestinian Chief Negotiator Saeb] Erekat.”

If one released prisoner is involved in a terror attack, the Israeli left could claim that this evil man was freed in exchange for the doubtful honor of Housing Minister Uri Ariel building more homes in the occupied territories. On the other hand, if Israeli Chief Negotiator Livni and Erekat succeed in closing the gaps on the fundamental issues, most importantly refugees and Jerusalem, HaBayit HaYehudi would go down in history as a partner in the government that brought about the division of the Land of Israel.

But how will things look if the negotiations end in failure or an outbreak of violence? In such a case, as my colleague Ben Caspit wrote Oct. 22, it will turn out that in order for Livni, Erekat and US Special Envoy Martin Indyk to talk for nine months without getting anywhere, the territories had to be flooded with 104 former prisoners and tens of thousands of new settlers. Caspit argued to Secretary of State John Kerry that “Rather than pouring cold water on the conflict, we are pouring benzene on it instead,'' and addressing the American diplomat directly, he added, “It seems to me, Mr. Kerry, that this was not what you intended with your interminable travels and the overwhelming optimism displayed to us over the past few months.''

Kerry didn’t enter the world of politics yesterday. In Prime Minister Benjamin Netanyahu’s words, Kerry is no dupe. Not for one moment did he intend for the peace initiative to be remembered as an initiative for the release of prisoners and the expansion of settlements. He understands very well that the release of prisoners plus the expansion of settlements, minus a final status agreement, equals a third intifada plus an American disgrace, and a big deficit in the prestige of his direct supervisor, President Barack Obama.

But like the Americans say, there are no free lunches. The prisoner release-settlement construction deal is a sweet dish cut with bitterness; Kerry made clear to Netanyahu and Palestinian President Mahmoud Abbas (Abu Mazen) the price that each of them separately or both of them together would have to pay for the generous advances they got during the negotiations. The price is fixed in the hard currency of relations with the United States and a bonus or penalty in European currency.

If the Israeli side is accused of sabotaging the negotiations, the American government won’t stand in the way of the Palestinians receiving full recognition by the UN of their independent state within the 1967 borders. The legal and diplomatic significance of this step is that Israel will gain the status of a state that controls the sovereign territory of a UN member state. A byproduct of this will be the loss of a grant worth hundreds of millions of euros from the “Horizon 2020'' agreement with the European Union and a serious crisis in the field of research and development. If the Palestinian side hardens its positions, Abbas won’t get to change his official title from “chairman of the Palestinian Authority” to “president of Palestine.”

Obviously, the two sides aren’t interested in paying the price of disgracing the great superpower. Thus each is doing all it can to throw the ball back into the other’s court. But in contrast to his predecessors at the state department, Kerry set a firm timetable for the end of the game. He doesn’t intend to let the players drag their feet indefinitely. He will not wait idly until April 2014. According to sources close to the negotiations, if by the end of the year Martin Indyk still can't report to Kerry significant advancement in the direct talks, the United States will pull out the draft of the final status arrangement that has been carefully prepared at the White House and the state department, with the help of experts from Washington think tanks.

When the time comes for the release of the third group of Palestinian prisoners — or at the latest, when the time comes to release the fourth and last group — HaBayit HaYehudi won’t be able to comfort its voters in the settlements with another several hundred construction permits in the West Bank and East Jerusalem. Kerry didn’t recruit the heads of the Arab League to support an initiative based on the Arab-Saudi initiative for Netanyahu and Abbas to leave him in the cold. Obama didn’t give Kerry his blessing in order to sink into the Israeli-Palestinian quagmire along with him.

This Israeli winter, Netanyahu will have to decide if he wants to escape the shackles of the right and those of his own fears and to embark on new horizons in the region, or to put Israel in solitary confinement and on a road to a conflict in the territories without international backing.

Abbas will also have to do with less than what he’s convinced his people deserve. One way or another, the future won’t repeat the past.