Iranian media, politicians and citizens have reacted harshly to what they perceive as French obstructionism in the nuclear negotiations. 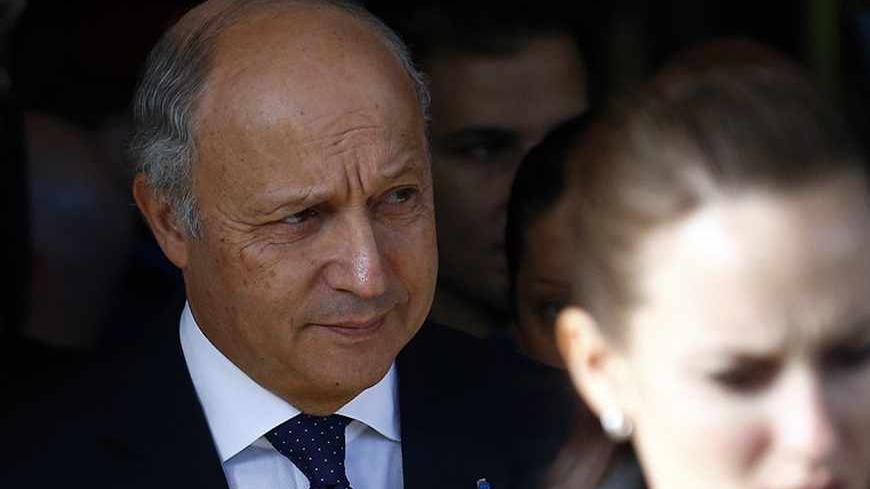 TEHRAN — France and its capital, Paris, have always been the destination for Iran's intellectuals and its urban middle and upper classes, but what some Iranians view as France's sabotage of the recent five permanent members of the UN Security Council (P5+1) nuclear negotiations has resulted in a significant change in their opinion of French politicians. Iranian media, parliament members and citizens have responded harshly, some even going as far as to post criticism of France's position on the Facebook page of Foreign Minister Laurent Fabius.

Tehran University professor Sadeq Zibaqalam, said in an interview with the government-run Iranian News Agency, "France always wants to demonstrate its independence from the United States and other European countries, and so its foreign minister's opposition can also be interpreted along these lines." He further explained, "Fabius is pursuing the views of Saudi Arabia and Israel.”

According to various reports, there are three primary reasons for France's opposition: the fate of Iran's enriched uranium, construction of the Arak heavy-water reactor and continuation of enrichment processing by Iran.

The idea that France’s financial and military relationship with Arab countries in the Persian Gulf played a key role was by far one of the more common beliefs held by Iranians interviewed by Al-Monitor.

"The first thing the French talk about is their financial interests," said Katayun, who teaches music on Shariati Street. “France's financial interests lie with the Arab countries. If Iran were to become friendly with America, it would become a serious rival to the Arabs."

Ali-Reza, a student of history at Shahid Beheshti University, is also unhappy with France’s policy toward Iran. He referenced events from two centuries ago in expressing his exasperation: "It reminds me of the agreement with Napoleon, who thought nothing about us and betrayed everyone," referring to the Treaty of Finckenstein, a defense agreement signed by Iran and France on May 4, 1807, that Napoleon violated by signing the Tilsit Treaty with Russia, which had a strategic interest in Iran.

In regard to the furious wave of attacks launched against the leftist French government, an international affairs specialist observed, "In the traditional and historical sense, the Iranians feel that Britain and Russia have played a very big role in the failures of democracy and modernism in Iran, but France was never a country toward which the Iranians had ill feelings. It is as if Fabius wanted to force the people of Iran to shun France." He added, "In fact, two years ago, many students, journalists and intellectuals who follow international affairs welcomed the coming to power of a socialist government in France that would likely push aside [then-president Nicolas] Sarkozy's conservative policies. But this tendency to sympathize with [current president François] Holland somewhat changed with their position on Syria and becoming close to Israel. Now, everyone is asking: What kind of leftism is this?"

Many Iranians have expressed their displeasure with the French on social media, posting both humorous and serious status messages. One Internet user wrote, "Truly the cock's tail is showing [under the chicken thief's cloak]." His reference was to the symbol of the rooster in France and the Iranian idiom about someone exposing their true intentions. He continued, "We are being crushed by the sanctions. Now that the [President Hassan] Rouhani government has, after undergoing a thousand trials, satisfied [Supreme Leader Ayatollah Ali] Khamenei to exert a bit of flexibility, France jumps into the middle and destroys the negotiations."

Not everyone blamed France, however. Other Iranians viewed some of the harsher reactions merely as a chance to vent feelings on a wide range of issues. An expert on European affairs told Al-Monitor, "The social movement in Iran in general will take advantage of any opportunity to show its power. The fact is that we are being very superficial if we agree that France has been the obstacle preventing an agreement from being reached. This would mean ignoring the real differences which still exist between Iran and America over the nuclear agreement. But in appearance, France will be the victim."

Some users referenced US Secretary of State John Kerry’s recent statements in Abu Dhabi, in which he said the P5+1 is united as evidence that some were overreacting to the French position. Regardless, some Iranian officials have been determined in presenting France as the spoiler.

Fathollah Hoseini, secretary of the parliament’s National Security and Foreign Policy Committee, told the Fars News Agency on Nov. 12 that Fabius had spoken of the interests of the Arab countries on the Persian Gulf and the "Zionist regime," while these are contrary to France's national interest and "French identity."

Ismail Kosari, another well known representative of the Principalists on the parliamentary committee, said that the status of the relationship between Tehran and Paris will be reviewed once they speak with Iranian Foreign Minister Mohammad Javad Zarif about the negotiations. He asserted that the French should not "imagine that we need them."

The Reformist newspaper Etemad published a front-page article on Nov. 12 strongly criticizing France for its "undiplomatic" policy and its turn toward Saudi Arabia, writing, "The French must know that their support or opposition is not terribly important. In this regard, it is America which decides, and if the Americans agree, the French will have no choice but to follow and they will be the loser in the international sphere."

One journalist who spoke on condition of anonymity told Al-Monitor that Iranian anger at France was not simply over the lack of a nuclear deal and the removal of some sanctions, but also because an agreement represents an opportunity for better relations with the world.

He explained, "In Iran, there is little that the Principalists and the democracy activists agree on, but the opposition to the position adopted by the French is one of those few [things]." He continued, "It is a subtle point that while it is true that Iran's social movement has during the past three days been attacking France, its principle target was to demonstrate how much they welcome an agreement between their government and the West, and how thirsty they are for it, that they exaggerate France's differences with the other countries and rebuke it so much.”