Sudan shifts alliance from Egypt to Ethiopia over Nile dispute

Sudan's realization that it has more to gain from an alliance with Ethiopia has resulted in waning ties with traditional partner Egypt. 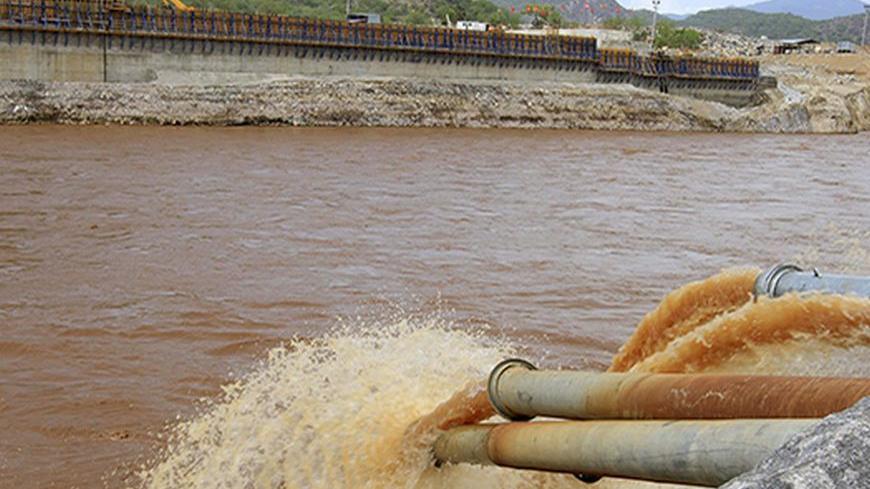 Water gushes out from pipes by the construction of Ethiopia's Great Renaissance Dam in Guba Woreda, some 40 kilometers (25 miles) from Ethiopia's border with Sudan, June 28, 2013. - REUTERS/Tiksa Negeri 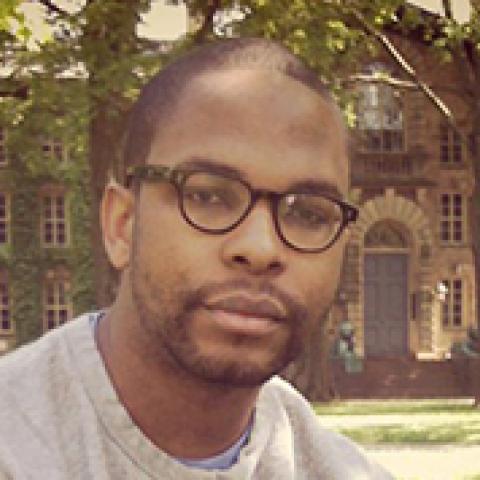 Since 1959, Sudanese politicians have sided with Egypt when negotiating with other African countries about Nile water rights. Similarly, Sudanese politicians based in Khartoum have looked north and east to their Arab neighbors for political, cultural, military and financial support. How then do we explain the statements in June and July 2013 by Sudanese President Omar al-Bashir and Irrigation and Agriculture Minister Abdul Halim al-Mutafi that Sudan supports the construction of the Ethiopian Grand Renaissance Dam over the objections of the country’s Egyptian allies? To understand the strengthening of Sudan’s alliance with Ethiopia and its increased distance from Egypt, it is necessary to look both at the events of the past few months and at the partition in 2011.

The recent protests and riots, which began in Wad Medani on Sept. 23 and have subsequently spread to cities throughout Sudan, calling for a continuation of government fuel subsidies and now the fall of the regime, are the direct result of the failure of the National Congress Party’s (NCP) political and economic strategy in the run-up to and in the wake of the partition of Sudan in July 2011.

While the riots are more severe than they have been in the past, contentious protests in the face of rising prices have occurred with increased frequency over the last few years. For instance, major demonstrations in Khartoum against rising prices erupted in June 2012. These protests have spawned several semi-permanent movements calling for Sudan to have its own “Arab Spring,” the most famous of which is the youth movement Girifna.

However, officials within the NCP always knew the postsecession transition would be difficult. They were surrendering 75% of Sudan’s proven oil reserves, the very wealth that had supported the rapid growth and consolidation of the regime during the 2000s. In the short term, Bashir’s government was prepared to fiercely confront the remaining separatist movements in the Blue Nile state, South Kordofan, Darfur and the eastern regions of the country. They also believed they could suppress political dissent in Khartoum, preventing the disparate factions from joining together or aligning with peripheral movements to threaten the survival of the regime.

In the years before partition, strategists within the NCP began to imagine an alternative to an oil-based Sudanese economy. These thinkers returned to the 1970s idea of Sudan becoming an “Arab breadbasket.” This transformation was premised on an agricultural revolution supported by an ambitious series of dam-building projects along the Nile, north of Khartoum, the most famous of which was the Merowe High Dam completed in 2009. New irrigation and hydropower projects were expected to reinvigorate a somnolent agricultural sector, while bringing prosperity to the long-neglected traditional heartland of the political elite.

Many in Khartoum even began to claim that a smaller Sudan was a virtue. They argued that without the burden of funding constant counterinsurgency warfare in the periphery, the nation would finally have the funds necessary to develop a culturally and economically united country. By ensuring a peaceful secession, the leadership in Khartoum sought to create the political stability necessary to attract foreign investment and win the lifting of the US sanctions placed on the country in 2005.

Even as some strategists in Khartoum questioned whether the US government would acquiesce to the removal of sanctions, most businessmen and politicians in Khartoum believed that the country could count on significant investment from the Gulf countries into the real estate, construction and agricultural sectors. These officials believed that this investment would make the transition to an agricultural economy possible. However, as of early 2008, questions began to emerge about the feasibility of bringing significant amounts of new agricultural land under cultivation and the government’s dam-building program.

As strategists in Khartoum were planning what they readily acknowledged would be a difficult transition to a post-oil economy, they were caught off guard by the fall of Presidents Zine El Abidine Ben Ali (Tunisia), Hosni Mubarak (Egypt) and Moammar Gadhafi (Libya) in spring 2011, the ongoing civil war in Syria and the continuation of sectarian tensions in Bahrain.

Initially enthusiastic to participate in the overthrow of regional rivals such as Gadhafi, the uprisings sweeping the Arab world became difficult for those in Khartoum to navigate. Egypt’s effectiveness as an ally supporting Khartoum in its negotiations with South Sudan or dialogue about the division of the Nile waters decreased, first as a result of Egypt’s leadership transitions, then as a result of the public airings of Egyptian politicians’ condescending statements about interfering in the internal politics of other African countries and finally as a result of Egypt’s expulsion from the African Union in July.

Similarly, turmoil in the Middle East has not only created competition for Arab financial and political resources, the increasingly sectarian tenor of these conflicts have alienated Saudi Arabia and the United Arab Emirates (UAE) from the Sudanese leadership, as a result of the regime’s reliance on Iran as a military supplier and ally. The nadir in the Saudi-Sudanese relationship was recently marked by Riyadh’s decision in August to prevent Bashir from flying through its airspace to Tehran.

Despite receiving much less aid and investment than officials in Khartoum had initially expected, Saudi Arabia and the UAE have become the country’s largest trading partners. Asian allies, China, Malaysia and India — which created Sudan’s petroleum industry — had signaled to the regime that they were unwilling to invest in the country without political stability with Sudan’s African neighbors, with whom they enjoy sizable commercial relationships.

At the same time, Khartoum has been confronted by an ascendant Ethiopia. Ethiopia’s power was signaled in 2012 by the calm manner in which the country dealt with the transition from Meles Zenawi to the reign of Hailemariam Desalegn Boshe. Similarly, while the Arab League remains divided, African regional and multilateral organizations such as the African Union, the Intergovernmental Authority on Development and the Nile Basin Initiative have become increasingly effective in setting the regional agenda.

Consequentially, as Egypt has turned inward, Ethiopia has emerged as Khartoum’s key regional ally, willing to mediate conflicts with South Sudan, provide peacekeepers in Abyei and answer to some of Khartoum’s economic problems.

While Sudan has become an increasingly unattractive site for foreign investment, Ethiopia has become more attractive. Ethiopia’s increased prosperity and perceived political stability have allowed it to make significant progress on large infrastructure projects such as the Renaissance Dam, despite Egyptian objections.

For Sudanese officials, the realization that Ethiopia was bearing the expense of this construction itself, and that it would increase the amount of land in Sudan under cultivation, the number of crop rotations and supply an energy hungry Khartoum with cheap power, are all reasons to support Addis Ababa on the dam issue.

At the same time, the African Union has begun to question the legitimacy of the International Criminal Court. And despite several years of hostility between Juba and Khartoum, recent divisions within the ruling parties of each country have made them willing to de-escalate their support for separatist movements in each other’s country and engage in security cooperation.

While at partition, NCP strategists expected to rely on their Arab neighbors to support them economically and politically — especially in a potential confrontation with South Sudan — at present, it has turned out that it is Khartoum’s African neighbors that have been providing it with the crucial support the country needs to maintain its own stability.

Alden Young is a Mellon postdoctoral teaching fellow in the Department of Africana Studies at the University of Pennsylvania. On Twitter: @Alden_Young