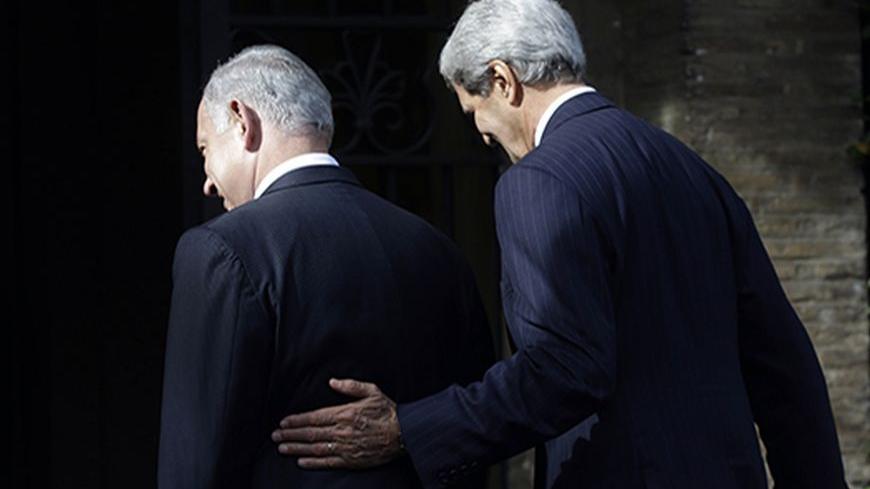 This revealing comment offers an important insight into the source of Israel's current anxiety about the budding US-Iranian rapprochement. There are two dimensions to this concern. The first, and less important, is the bomb itself as a practical instrument of war. The second, and more significant, factor is Iran's ability to reduce Israel's strategic hegemony over a region spanning — as former Prime Minister Ariel Sharon once declared — from Morocco to Pakistan.

For two decades, Israel has been the engine behind the international effort to sanction Iran for its nuclear policies. This campaign offers a telling indication of Israel's power to shape the international agenda — the kind of power that it may now be losing. The very fact that Israel's militant rejectionist agenda toward Iran is now being challenged — by Western powers led by the United States no less — is at once evidence of Israel's reduced, if still substantial influence, and to Israeli policymakers worrisome proof that a zero-sum mentality that governs Israel's view and much of the Western view of Iran is now under critical review.

Yet even today, Israel’s concerns are more nuanced than its bombastic and, at times, hysterical campaign against Iran would suggest. Israel remains less concerned about Iran’s nuclear capabilities than about the character of the regime ― that is, who will have a finger on the button. And a parade of security professionals — some of them politicians such as Ehud Barak and others such as Mossad's chief Tamir Pardo — do not see a nuclear-armed Iran as an “existential threat.”

Iran, for its part, has failed to establish, and seemingly has no interest in promoting, the kind of benign relationship that would encourage a change in Israel’s view of the regime’s intentions. Even when Israel and Iran cooperated — encouraging the Reagan administration to supply Tehran with weapons — it was a one-off bloodless enterprise fueled by suspicion and double-dealing.

Yet, in Israel’s view, a non-Arab regime with a nuclear capability was — for a time at least — seen as not necessarily a bad thing. During the 1970s, Iran was a partner in the development of Israel's Jericho nuclear-capable ICBM. The shah's interest in nuclear power was supported by the Nixon administration. We would see a much more tolerant Israeli — and not only Israeli — view of Iran’s nuclear program were it led by a different regime. However, today at least, regime change is a nonstarter.

If Israelis are divided about still-nonexistent Iranian nuclear weapons, there is a broader consensus on the significance of the current developments in the nuclear file. To say that Israel's political class is in shock is an understatement. Israel's Minister of International Relations Yuval Steinitz tarred US President Barack Obama with the brush of appeasement of the most infamous sort, when he explained that Israel “does not want Geneva 2013 to turn into Munich 1938.”

Israeli Prime Minister Benjamin Netanyahu has tried to wrap his absolute skepticism of Iran's intentions in the oversized mantle of Winston Churchill, whose often ridiculed and solitary opposition to Hitler was eventually redeemed.

But Iran's nuclear program itself is less the cause of this anxiety than its significance as a litmus test of Iran's increased ability to shape the regional environment in its favor, and the commensurate loss in influence suffered by Israel. The new environment now emerging already offers Israel a less hospitable regional playing field on which it has traditionally operated, albeit one that it continues to dominate. It should not be forgotten that the Arab Spring has put the nail in the coffin of an Arab capability to confront Israel militarily — a critical fact in any assessment of Israel's regional power. But Israel understandably remains acutely sensitive to changes anywhere in the regional balance, especially Iran. For Netanyahu, the most important feature for Israel is less Iran's ability to develop a nuclear weapon than how Israel's regional security demands will be constrained by the rapprochement of the West with Iran and its willingness to engage in a broad dialogue that necessarily addresses Iran's  security concerns.

We are already seeing signs of this new sensibility and of the disruption it is causing in capitals throughout the region.

Israel has no reason to oppose the extraordinary success of the international cooperation to rid Syria of its chemical weapons arsenal. But on the broader and related question of ending the Syrian civil war, Israel sees its long-term demand that Iranian-Syrian ties are cut being undermined by a nascent diplomatic process that includes Iran, holds out the promise or the threat of consolidating the Syria-Iran-Hezbollah triangle and returns Russia to Syria as a “partner” with the Assad regime.

The evolution of the Syrian impasse in this direction and the related suggestion of an improvement in Washington's relations with Tehran is convulsing the region. Washington’s relations with Egypt, Turkey and Saudi Arabia — long-considered to be anchors of US-supported regional stability, together with Israel — are in turmoil. Israel's failure to convince the Obama administration not to sanction the Sisi regime cannot be divorced from the broader, fitful reappraisal now underway in Washington that Israel opposes.

In the context of these regional changes, there may also be a “reset” in US support for Israel's rejectionism on the Palestine front. US Secretary of State John Kerry has long been a fan of the Arab Peace Initiative. He made a point in his remarks in Paris on Oct.  21 with the Qatari foreign minister to sing its praises once again — stressing the benefits for Israel that reconciliation with the Arab and Islamic (read Iran) worlds on its terms would produce.

Netanyahu, who met today with Kerry in Rome for an all day sit-down, cannot have failed to take note.