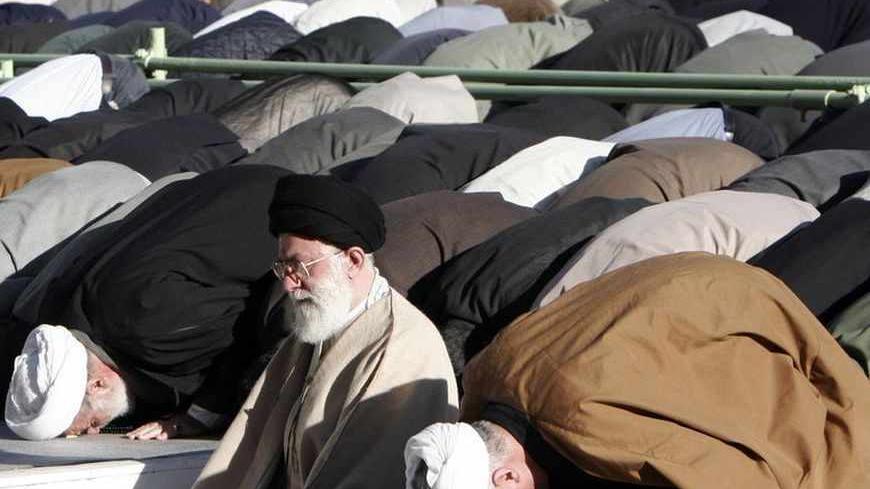 Last month's publication of a series of fatwas, or religious decrees, by Iran's Supreme Leader Ayatollah Ali Khamenei received wide coverage in the media. Generally, these fatwas can be divided into two categories: social, political issues and issues related to everyday life. The second kind of fatwa is, in most cases, almost an exact copy of the fatwas issued by the other Shiite religious authorities. The first type, however, because or its abnormal rulings and its incompatibilities with the requirements of the era, has resulted in wide criticism both inside and outside Shiite religious seminaries.

The most controversial element of these fatwas is the separation of sociopolitical issues from the issues of believers' daily lives. In this way, the viewpoint of Khamenei regarding the first type of rulings is considered to be the only authoritative viewpoint. The viewpoints of other Shiite authorities, in case they differ from that of the supreme leader, are considered void and unreliable.

This means that the other Shiite authorities do not have the jurisdiction to issue a fatwa on the social and political lives of believers, and can only express their opinion regarding individual religious lifestyles. Khamenei's fatwas, which exist in an atmosphere of increasing opposition of a group of Shiite authorities in Qom and Najaf to the official viewpoints of Khamenei, can be analyzed as his attempt to annul the jurisdiction of the other Shiite religious authorities when it comes to disputable issues. In this way, he is trying to eliminate any plurality of verdicts.

In another section of these fatwas, a hostile view is adopted toward Iran's Baha’i community, wherein any association with them has been deemed unlawful, and the Baha’i faith has been labeled false and misguiding. A number of Iran's Baha’i followers are in prison, their only crime being a follower of this religion. Some have even been executed for the same crime in the past.

These fatwas of Khamenei have been issued as other Shiite authorities, in the hope of eliminating prejudice against the Baha’i community, have recently issued humanitarian and tolerant fatwas regarding the Baha'i. Also, a short while before Khamenei’s fatwa was issued, Mohammad Nourizad — one of the best known figures of the Green Movement — visited an Iranian Baha’i household. By kissing the foot of a Baha’i child, Nourizad apologized for the long history of cruelty toward them. The parents of this child are Baha’i prisoners of conscience.

In another clamorous section, Khamenei has decreed unlawful any public announcement regarding the misdeeds of government officials and has considered notifying the government agencies to be the only acceptable course of action. Prior to this, he had criticized the wide coverage of one of Iran’s biggest corruption cases in the media, calling it unbecoming. This fatwa can explain why the past criminal cases of some Iranian officials, such as the case of the "Chain Murders," the attempted assassination of Said Hajarian, and the Kahrizak atrocities, were left unsolved or, in some cases, the perpetrators received extremely lenient sentences.

Regarding the everyday lives of the Muslims, there are also verdicts that are unsuitable to modern lifestyles. The most noticeable of these cases is that wearing a necktie has been deemed unlawful and considered a sign of infidelity. Neckties are being commonly worn in many parts of the Muslim world, and they do not contain any religious message. In the same manner, there is another fatwa prohibiting the shaving of the face and wearing outfits from non-Muslim cultures and short-sleeved shirts.

In an interview with a seminary professor in Qom, Al-Monitor inquired about the religious credibility of these decrees. He pointed out the different methodological approaches and the varying contents of the fatwas issued by Khamenei, compared with the common viewpoints of Shiite authorities. He also alleged that the context of these decrees are political, not religious.

In describing the regular method of issuing a fatwa, he mentions that Shiite religious authorities usually discuss their opinions in classrooms and determine its religious grounds before issuing the fatwa. Therefore, the religious grounds for their fatwa can be found in their publications and daily lessons in the seminary school. However, Khamenei has no serious publication or religious classes, thus making any effort to obtain the basis of his religious decrees impossible. In this way, he has attempted to stifle any scholarly criticism of these decrees. In addition, the contents of these fatwas are mostly in opposition to the opinion of the majority of contemporary Shiite authorities.

Before this, Mehdi Khalaji, one of the opponents of the Islamic regime, in his book The Last Marja, considers this particular type of behavior from Iran’s leader as one of the reasons why the history of Shiite legal scholarship and jurisdiction has ended. This opinion, considering the continuation of an alternative religious viewpoint acceptable for the majority of the Shi’a population, is prone to criticism. However, it shows that, indeed, the challenges of political Islam in the Shiite world are as challenge-worthy as those in the Sunni world.

Furthermore, when considering the fatwas issued by Ayatollah Ruhollah Khomeini, we notice the obvious difference between his approach and that of Khamenei's. Khomeini's decrees were usually compatible with the necessities of the time, and he was critical of strict viewpoints regarding believers' daily lives. Nonetheless, the fatwas issued Khamenei are more close-minded in regarding the daily lives of Muslims. The underlying reason for this difference can be found in the two individuals' religious positions. Even before becoming the supreme leader, Khomeini possessed a credible religious authority accepted by the seminary schools. The authority of Khamenei, however, emerged from a political situation, in an unusual manner and with the backing of the government. As a result, his traditionalist fatwas are an attempt to establish his religious authority, something which Khomeini essentially did not need.