Netanyahu as Decider: Will He Go All the Way? 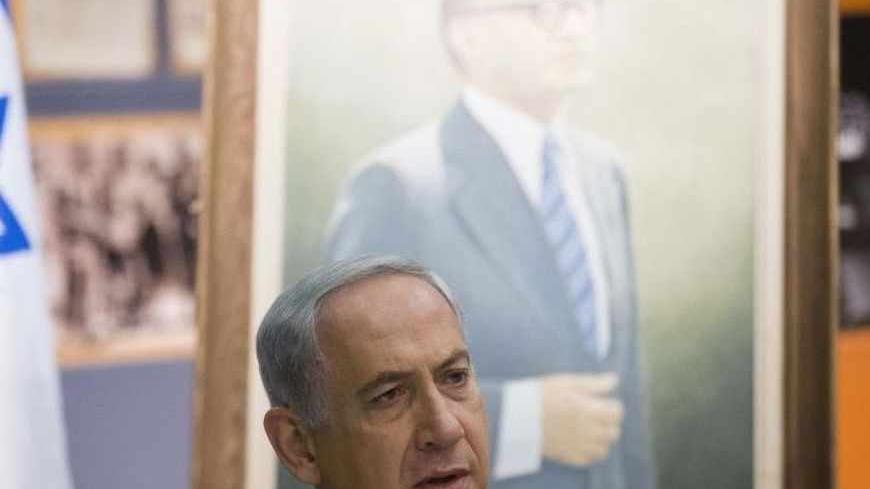 Against the backdrop of the opening of diplomatic negotiations between Israel and the Palestinians in Washington [July 30] — once considered a trivial event yet today deemed a historic breakthrough — a debate is taking place in Israel between two schools of thought as to “What is the real nature of Prime Minister Benjamin 'Bibi' Netanyahu?”

Has Prime Minister Benjamin Netanyahu matured, changed, “crossed the Rubicon” and resolved to reach a permanent status arrangement (or any other arrangement) with the Palestinians, thereby carving out his place in history? Or is it the same old Bibi — a conservative, hesitant leader who is interested only in squandering as much time for as little a price as possible, perpetuating the status quo in order to hold on to his seat for as long as possible? Is it the same old Bibi who doesn’t want to rock the boat and part with his father’s teachings to the effect that there is no room for two states in the narrow and troubled strip between the Mediterranean and the Jordan River?

Those believing that Netanyahu has decided to take action and “go all the way” allude to historic precedents and Netanyahu’s predecessors, namely the ‘princes’ of the Likud party and the champions of the “Greater Land of Israel” who had undergone a similar process.

The late Prime Minister Menachem Begin — they maintain — gave the Sinai Peninsula back to the Egyptians down to the last grain of sand, and made peace (1979). Former Prime Minister Ariel Sharon dismantled dozens of settlements (2005). Former Prime Minister Ehud Olmert also saw his ideology and worldview transformed (2008). He laid out the most generous peace offer ever presented to a Palestinian leader. The same goes for Justice Minister Tzipi Livni, former Ministers Dan Meridor, Roni Milo and a long list of other leaders and politicians who hailed from Israel’s traditional right-wing circles but at some point crossed the lines, having realized that the two-state solution is necessary not only to bring an end to the bloody conflict between Israel and the Palestinians, but also for the sake of Israel’s future.

The proponents of this heartening theory resort to telltale signs, trying to read the map in a way that suits their needs. In recent weeks, so they say, Netanyahu has been talking about the need to prevent the establishment of one state between the Mediterranean Sea and the Jordan River; “a state of all its citizens,” where Israel would lose its Jewish majority within a few years. If it wants to continue to be a dominant Jewish state, Israel will be forced to turn into a South Africa. That’s the narrative of the Israeli peace camp in all its glory.

The right is scornful and dismissive of those fearing “one state,” trying to blow off this argument and refute it in any way it can. Until not long ago, Netanyahu was deeply rooted in that camp. Yet lo and behold, he started using, almost overnight, the term “binational state.” Some people compare the term that Netanyahu now uses to the day when Ariel Sharon started using the term “occupation.” Those optimists further note that Netanyahu has long lost his Likud party which has veered sharply to the right, having more opponents than proponents to the two-state solution.

Netanyahu is a leader without a party, the optimists exclaim. It helps him to understand that there’s no point in wallowing in this state of affairs. He needs to do something in the spirit of Ariel Sharon: a big bang, the establishment of a new political framework ahead of the next elections — one which would offer Israelis an opportunity to vote for a historic peace arrangement, shattering the historic Likud party into a myriad of pieces.

This is a romantic view that is based more on the wishful thinking and personal hopes of its proponents than the facts on the ground. It thrives in the back rooms of Israel’s political corridors, in hushed conversations among well-placed associates. It is based on barely perceptible winks and nods among (self-proclaimed) Netanyahu mavens or some other fly-by-night kibitzers.

This view is predicated on a premise that Netanyahu is made of the same stuff as Begin and Sharon. However, it ignores the fundamental recognition that Netanyahu is a weak, pusillanimous leader who is not cut out for such turmoil. Notwithstanding, this is a legitimate view that is gathering momentum in the Israeli public as well as among seasoned media commentators.

To further maintain this approach, quite a few questions have to be answered, the most intriguing of which is the following: If Netanyahu is indeed resolved to go for an arrangement, if he has indeed changed and matured and reached the understanding and realization, etc., etc., why hasn’t he — on the way to resuming negotiations — agreed to take any step that would suggest any of that?

It should be recalled that Palestinian Authority Chairman Abu Mazen had two concurrent conditions for Netanyahu in exchange for returning to the negotiation table. The first one was to publicly acknowledge that the negotiations would take place on the basis of the 1967 lines. The second one was a declaration of a settlement freeze.

Somewhere down the road, when American pressure was cranked up, Abu Mazen decided, as was published in Al-Monitor, to step down from two conditions to one. You choose — the Palestinian leader told Netanyahu. What do you prefer — to recognize the 1967 lines as a basis or to freeze construction? I’ll take whatever you give me. In addition, he asked that prisoners be released.

Netanyahu could offer neither one of these two conditions. He cannot even fathom uttering the words "1967 lines" nor is he able to freeze construction in the settlements again, not even in the remote ones beyond the lines of the separation fence.

Is this to be expected of a man who is “resolved to make peace”? Instead of meeting either one of these two conditions, Netanyahu opted to release prisoners. You need to delve into the crux of this issue to understand its implications. From Day One of his political career to date, Netanyahu has built his entire career on the “war on terror.” Having written best-selling books on the subject, he gave speeches galore and constructed elaborate theories and political doctrines around this. And yet, to resume the negotiations, rather than say "1967 lines" or construction freeze, he preferred to release 104 Palestinian prisoners, some of whom are “heavyweight” murderers.

These are particularly heinous murderers who kidnapped and killed, who burned families and who have been sentenced to dozens or hundreds of years in prison. And now they will be sent home, just like that, in the middle of the summer, only so that the negotiations can resume. By his decision, Netanyahu has broken his own past records of absurdity, after previously releasing a thousand Palestinian security prisoners in exchange for the kidnapped IDF soldier Gilad Shalit [2011], releasing scores of prisoners (including Hamas founder Sheik Ahmed Yassin) in the wake of the abortive assassination of the chief of Hamas' political bureau, Khaled Meshaal, and other massive releases of prisoners.

Although he preached to the world not to negotiate with terrorists, not to bend and not to yield, Netanyahu does the opposite anew, and this time around with greater verve.

Why is this time different? Because this time around Netanyahu will — most likely — cross another red line by releasing Arab Israeli security prisoners and allowing Abu Mazen to blatantly intervene in Israel’s domestic affairs and judicial and punitive system.

Over the years, Israel has repeatedly underscored that when it comes to Arab Israelis, who are full-fledged citizens and have engaged in terrorism, it will not let foreign elements, including Palestinians, meddle in its affairs on their behalf. This seriously and flagrantly undermines Israel’s sovereignty. There are clear indications that Netanyahu once again has given up this casus belli.

Why did Netanyahu choose this path? After all, he could have kept the prisoners behind bars had he been able to freeze the activity in the settlements for a few months or admit to what every child in the region already knows, that the point of reference to any negotiations between Israel and the Palestinians is the Green Line. Is this to be expected of a leader who has come to understand the need of reaching an arrangement or is it the modus operandi of a person trying with all his might to dodge decisions, while emptying the prisons and abusing Israeli deterrence against terror so long as he doesn’t give a sliver of a chance to ever dividing this country between two peoples?

From here on, readers can choose for themselves the winning theory. Are we seeing a courageous leader who has reached his own crossroads of historic decisions and will walk the walk to make his mark in history, or are we dealing with someone who is trying to let the process slip away and just buy time? Has Bibi reached the understanding, the maturity and the decision or is he still leading us by the nose?

Incidentally, I would like to offer a third way to the “die-hard” undecided: It’s possible that Bibi understands but he himself hasn’t internalized it yet; or he has internalized it but has yet to reach the understanding; or he has matured but has yet to make a decision. In short, he is clueless about what to do next and he himself doesn’t know whether he will have the courage to dive headlong into the stormy, cold water that awaits him around the bend.