A hard-line draft penal code that calls for Islamic punishments including flogging and amputation has sparked fierce debates in Gaza, writes Hazem Balousha. 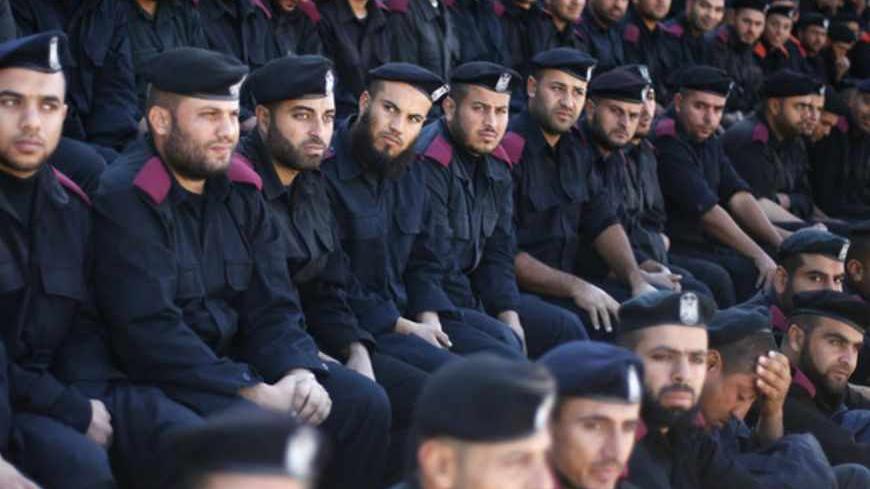 The penal code drafted by Hamas hard-liners in the Gaza Legislative Council has caused widespread debate not only inside Palestinian society, but also among the political and parliamentary leadership of Hamas, because it included forms of punishment such as flogging and hand amputation, in addition to criminalizing acts not mentioned in the current law.

The presidency of the Palestinian Legislative Council in Gaza has released the draft penal code to civil-society organizations, Palestinian factions and Islamic scholars for discussion prior to its ratification by council members, who all belong to the Hamas movement in Gaza.

In an interview with Al-Monitor, Moussa said, “We are currently in the national liberation stage. We are not a state and cannot impose Islamic forms of punishment. The priority rests elsewhere, despite our urgent need to amend and discuss the law, but not in its current form.” He added, “This draft was proposed for internal discussion by the parliamentary [Hamas Change and Reform] bloc two years ago, when it was rejected by most members. I do not think that resubmitting the same draft will win its acceptance.”

Hamas’ parliamentary bloc has sought, since the political divide of 2007, to unilaterally adopt and amend a number of Palestinian laws that only apply to the Gaza Strip and not the West Bank, a move considered illegal by human rights organizations.

The Palestinian Center for Human Rights, in a conference recently held in Gaza, demanded that the Change and Reform bloc of the Legislative Council refrain from adopting new laws and that Palestinian President Mahmoud Abbas stop issuing legal decrees, because doing so only served to establish and consecrate two separate legal systems in Gaza and the West Bank.

In a recent interview published by the Hamas-affiliated Felesteen newspaper, he said, “Since it assumed its duties in 2006 until now, the Legislative Council has passed 42 laws, many in the presence of all parliamentary blocs and lists, and all of which were adopted by a majority vote.”

Ghoul, in a telephone call with Al-Monitor, denied the submission for review of a law similar in form to the one distributed by parliamentarian Huda Naim to civil -society organizations in the halls of the Legislative Council. He stressed that the discussed law was one preliminarily adopted in 2001 by the previous council.

Informed sources from Hamas, who spoke on condition of anonymity, said that the Islamic movement’s political leadership asked Hamas’ parliamentary bloc to stop discussing the draft penal code and its inclusion of “Islamic punishment” at this time, because of the great sensitivity of the issue and the reaction that doing so might incite from internal and external factions. This is an eventuality that the movement could do without at the present time.

Article 15 of the 342-article draft law defined flogging as “striking with a mild whip, not moistened but not overly dry, not smooth enough be painless but not coarse to the point of inflicting injuries. The striker may not raise his arm above his head, must avoid hitting vital areas and must spread his lashes on the back, buttocks and legs.”

Paragraph One of Article 260 of the draft law, of which Al-Monitor obtained a copy, states that “whomever commits petty theft will be punished by severing his right hand at the wrist.” Yet Article 291 of the law is devoted to cases when severing the hand “is not possible for external or internal reasons,” without clarifying what those reasons might be.

According to legal experts, Article 59 of the same draft law allows for punishment not to be exacted on those who commit crimes or infractions in the course of enforcing sharia or Islamic law, stating that “there will be no punishment if a crime is committed in the course of exercising or performing duties prescribed by the sharia.”

On condition of anonymity, a lawyer said in an interview with Al-Monitor that the most dangerous content of the law resided in Article 59, which might allow ordinary people to impose sharia to the point of them committing crimes, which the article excludes from punishment.

Some believe that Hamas seeks to Islamize laws and Palestinian society in order to placate Muslim Brotherhood hard-liners within the Islamic movement, as well as Salafists who call for the imposition of sharia rule in Gaza.

Through statements issued by its leadership, Hamas has repeatedly denied seeking to Islamize Palestinian society or establish an Islamic emirate in Gaza, for fear of criticism from European nations that Hamas is trying to convince to remove its name from their lists of terrorist organizations.

MP Huda Naim, vice president of the Gaza Legislative Council, refused during numerous telephone calls to comment to Al-Monitor about the draft law. She did, however, say in an interview with London-based Al-Hayat that “the Legislative Council’s majority had every right to impose its ideological philosophy on laws.”

Hazem Balousha is a Palestinian journalist based in Gaza City. He has worked as a news producer for BBC World Service, as well as contributed to Deutsche Welle, The Guardian, Al-Raya (Qatar) and other publications. He is also the founder of the Palestinian Institute for Communication and Development (PICD). On Twitter: @iHaZeMi