Mohamed Fadel Fahmy reports on Egyptian jihadists who are fighting in Syria. 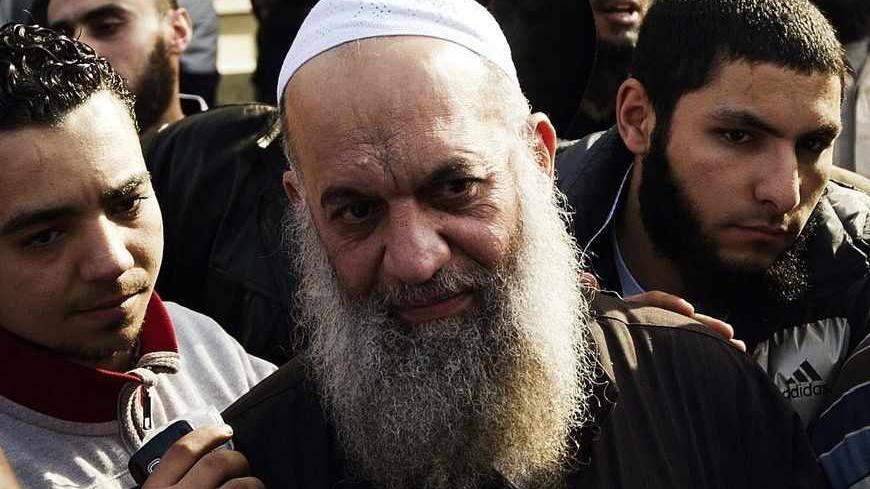 Mohammed al-Zawahri (C), leader of Salafi Jihad in Egypt, takes part in a demonstration on Jan. 18, 2013 in Cairo. The brother of al-Qaeda chief Ayman al-Zawahri told Al-Monitor that he does not discourage Islamists from going to Syria to fight, but said Egypt still needs them for its own jihad.
Mohamed Fadel Fahmy
@Repent11
April 18, 2013

Fighters from across the globe have joined the war against the regime of Syrian President Bashar al-Assad, including hundreds of Egyptians who have completed their engagement in their own revolution and turned toward the “holy war” in Syria.

The argument that people who join jihadist organizations are impoverished or uneducated does not apply to Abu Rami, 37, an Egyptian jihadist and father of two children who is a graduate student in Islamic Shariah. He has been back and forth between Syria and Egypt four times in the past year alone. Abu Rami has gained the confidence of the Syrian Revolutionary Security Association, which has taken over law enforcement roles in liberated areas in Syria. The association plays an executive and judicial role to punish criminals and others who take advantage of the security vacuum. At one point, the association asked him to run one of its offices, but he said he preferred to teach the ways of Islam when he was not actually firing his weapon.

Like many fighters, he entered Turkey on a visa and was smuggled through rebel-controlled border crossings.

“Most of the Egyptian jihadists in Syria are not part of the Islamic movement in Egypt. They are independent, well-educated people with no financial or social problems; their motivation is based on true jihad that knows no borders and calls for the protection of Muslim women and children who are killed and raped on a daily basis in Syria.”

The trip to Syria costs no more than the equivalent of $250, including visa fees and airline costs, Abu Rami told Al-Monitor.

“There is no way of assessing how many Egyptians are fighting in Syria, but there are at least a couple of hundred fighters," Abu Rami said.

He added, “We even resort to moving through the sewage system at times to avoid being detected by snipers.”

In February, the Egyptian government broadcast on national television the names and photographs of 10 Egyptian “martyrs” killed in different conflict zones in Syria.

“There are also three Egyptian jihadists who were not listed in the official government count who had entered Syria through Lebanon and were martyred last February in a successful military operation in Homs, which led to the death of at least 400 officers and soldiers from the Assad regime, according to a statement released by the Syrian government itself,” Abu Rami said.

There is no doubt that Skype has been the best method of communication between Free Syrian Army (FSA) fighters and the Syrian diaspora trying to keep tabs on the situation on the ground.

Abu Ahmed, a 34-year-old Egyptian student, left his wife and son in England to join the FSA. He communicated for months from Egypt with members of a certain FSA brigade who smuggled him from Turkey through the Bab al-Hawa rebel-held crossing in January. He is affiliated with the Gamaa Islamiya group in Egypt, but traveled independently and fought for five weeks before being shot in the leg.

“I participated in the Egyptian revolution, and after Mubarak stepped down I was drawn to the ‘holy jihad’ of the Syrians. I joined the Syrian protests outside their embassy in Cairo and was briefly detained. A Syrian friend I met in Egypt who had fled his country with his family decided to return and fight. I actually paid the rebels $700 to use a Kalashnikov they sold me. It belonged to a fighter who was killed in the line of duty. I was trained to use it and paid $60 for the bullets,” he said.

Abu Ahmed cooked for the fighters in what he called the “greater jihad” or inner struggle, which he said was similar to “journalism jihad” — what a dedicated journalist does. “I engaged in fighting during several operations and during an attack on a checkpoint, a bullet hit my leg but did not penetrate the bones. A Syrian doctor from the unit treated me — he was a medical student also doing his graduate studies in England and had joined the resistance much earlier in the revolution.”

Nursing his leg in an upper-class neighborhood in Cairo, Abu Ahmed sat in front of his laptop, communicating with his rebel friends in Syria.

“I was just informed that a group from the Egyptian April 6 liberal youth movement has arrived in Syria and sneaked in through the Turkish-Syrian border and is now fighting on the front lines. This news makes me proud that the liberals from Egypt are now joining the fight against the tyrant Bashar al-Assad,” Abu Ahmed said.

In December, headlines across the world announced that Egyptian Mohammed al-Zawahri, the brother of al-Qaeda chief Ayman al-Zawahri, was spotted fighting alongside rebel forces in Syria. But the recently freed veteran jihadist, currently completing a graduate degree in engineering, said the reports about him fighting in Syria were sheer rumors.

“I have not left Egypt since my release. This is a dirty tactic spread by Syria's intelligence apparatus to prove that al-Qaeda is present in Syria and to justify their killing of their own people, and keep the West at bay,” Mohammed al-Zawahri, sitting in a crowded coffee shop in old Cairo, told Al-Monitor.

Zawahri, who has re-emerged as the head of the Salafi Jihad movement in Egypt, insisted that there is no official entity in Egypt that sponsors young fighters hoping to fight in Syria.

“We get young students all the time approaching us for advice on traveling to Syria to join the ‘lesser Jihad.’ I don't discourage anyone from going to fight for God's word, but I remind them that we have an uncompleted jihad here in Egypt to spread the true Shariah, the world of Allah,” Zawahri said. 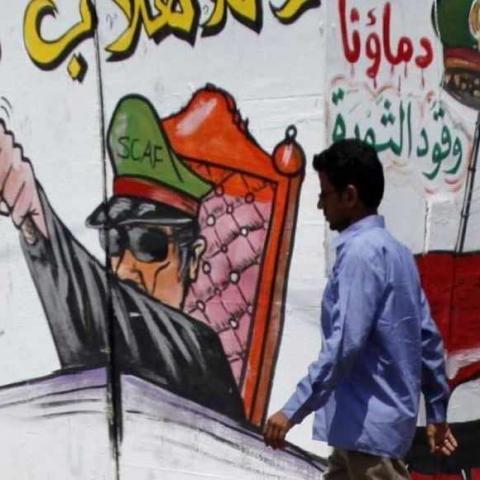 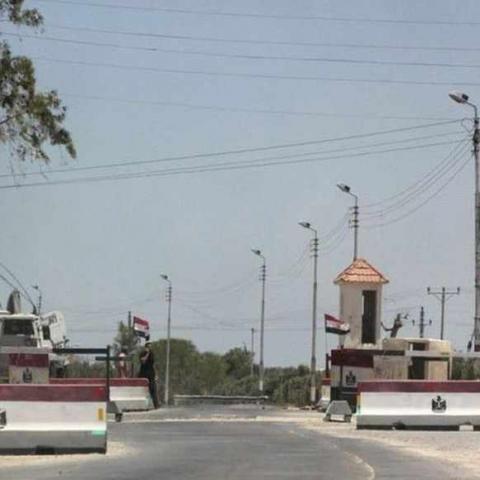