Turkish Prime Minister Recep Tayyip Erdogan has accepted the Israeli apology for the Mavi Marmara incident, but sticks to the same anti-Israeli rhetoric as before, writes Arad Nir. 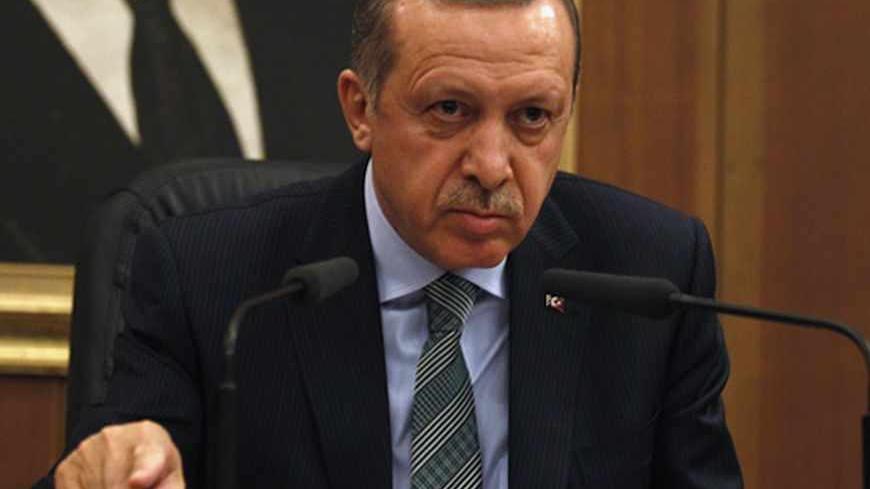 Turkish Prime Minister Recep Tayyip Erdogan could have been expected to restrain his rhetoric to some extent following the apology by Israeli Prime Minister Benjamin Netanyahu for the killing of Turkish civilians in the [May 2010 Israeli raid on the Mavi] Marmara flotilla. However, Erdogan’s statements in the past few days have provoked a sense of discomfort in large parts of the Israeli public.

The Turkish Prime Minister said that as long as Israel did not fully comply with his conditions, that is, compensation for the families of the Marmara victims, as well as the lifting of the blockade on Gaza, the relations between Israel and Turkey would not be fully restored. There will be no normalization without these, Erdogan stated on March 24.

And as if to emphasize that nothing has really changed yet, Erdogan keeps using the same rhetoric. Thus, notwithstanding the apology, Erdogan still insists on referring to the killing of civilians on the Mavi Marmara as no less than “massacre” and, according to the Turkish daily newspaper Hurriyet, Erdogan has even bragged that, in addition to receiving the written apology notice, he recorded his phone conversation with Netanyahu and thus has in his possession a recorded evidence of the pledge made by Netanyahu to cooperate with the Turkish government on the diplomatic process with the Palestinians.

For close to three years, the Israeli Prime Minister sought to find a way to make amends for the tragic consequences of the takeover of the Mavi Marmara by Israeli naval commandos without acceding to the demand for an apology and financial reparation paying compensations, which would have meant assuming responsibility for the killing of the nine Turkish civilians. And all through that time, envoys on behalf of Erdogan were meeting with their Israeli counterparts and listening to the various Israeli proposals, alas to no avail. The Turkish Prime Minister adamantly refused to budge even an inch from his threshold requirements, until ultimately, Netanyahu accepted all the requirements set by Turkey as a prerequisite for the resolution of the crisis.

Israeli officials say that the accelerated deterioration of the situation in Syria was the main reason for Netanyahu’s decision to accept the Turkish requirements. Sources in Jerusalem emphasize that, given the immediate danger of the leakage of the vast arsenal of chemical weapons currently in the hands of the Assad regime to undesirable elements, joint action of the two countries most concerned about the issue is simply a must.

“In the absence of such collaboration, it will be impossible to operate in Syria,” a senior government official in Jerusalem said.

In Turkey, too, they are aware of the importance of the relationship with Israel — this, in face of the Syrian threat, but not just because of it. Otherwise, they would not have maintained the diplomatic ties throughout this crisis.

The overwhelming majority of the Israeli public accepted with understanding Netanyahu's reconciliation move vis-à-vis Turkey. However, since that phone call, which was supposed to put an end to the crisis between the two countries, Israel is closely watching Erdogan's statements on the issue.

The media here is more attentive than ever to the underlying nuances revealed in his public statements. And it tries to decipher whether the Turkish Prime Minister is really interested in true reconciliation or rather aims to go on humiliating the state of Israel and its leadership and “bring us down to our knees,” as those opposing the apology have argued all along.

Kadri Gursel wrote on the “Three Powerful Men [who are going to] Decide Turkey's Future.” At the top of the list, according to Gursel, is Erdogan, who intends to run for president in the elections scheduled for 2014 and seeks to introduce constitutional amendments that would pave the way for the institution of an executive presidential regime; amendments that would enable him to keep on managing state affairs as the president of Turkey.

Particularly at this time of internal power struggles in Turkey, Erdogan could have been expected to take advantage of the Israeli apology as a lever for producing political gains in the domestic arena.

While the efforts to obtain an apology were still underway, Erdogan softened his statements [March 20] and explained his controversial declaration that “Zionism is a crime against humanity.” Netanyahu was sure to mention it in the phone conversation he had with Erdogan in the presence of U.S. President Barack Obama. Thus, Erdogan’s insistence on using the term “massacre” or plain “murder” with respect to the tragedy that occurred on board the Marmara, even after receiving Netanyahu’s apology, has aroused great indignation in Israel.

And his persistent reference to the [past] Israeli refusal to apologize is seen here as blatant bravado and Erdogan’s announcement regarding his forthcoming visit to Gaza in April is perceived in Israel as deliberate defiance. (It should be noted, though, that Head of the National Security Council Gen. — Res. — Yaakov Amidror said in an interview to Channel 2 that there was no problem with that.)

In talks I held with sources close to Erdogan, it was explained to me that his statements following the apology, while indeed harsh, were not considered offensive in the Turkish language. Other sources, who asked to remain anonymous, said, “The man (Erdogan) is completely transparent, and you (Israelis) are better off that way, as you can thus know precisely what’s on his mind.”

Sources close to Netanyahu said, “Obviously, this is not the beginning of a 'beautiful friendship’; however, every effort should be made to check the unusual hostility that has evolved here.”

It seems that, being aware of the enhanced standing of Turkey, which was further strengthened both regionally and globally in the years of diplomatic rupture, Netanyahu has made a cool-headed strategic decision to stop the deterioration in the relationship between the two countries.

It is precisely because Turkey of 2013 is associated more than ever with the Muslim Brotherhood and is striving to enter into regional alliances based on that ideology that Israel should maintain a consistent neighborly dialogue with Ankara. This, even if the strong strategic alliance remains a mere fleeting memory of days gone by.

The rhetoric employed by Erdogan may also be attributed to the absolute distrust that developed between the sides already in the early stages of the negotiations — all those times when Netanyahu initially approved the wording of the apology and eventually changed his mind and withdrew his consent.

Following the tragedy on board the Mavi Marmara, they said in Istanbul that “in our region, blood is cleansed with blood.” Be that as it may, the Middle Eastern culture allows for the substitution of a blood feud by “Sulha” (peacemaking). The apology and compensation were the conditions set by the Turks. Now that their conditions have been fully met, including the easing of both the land and naval blockade on Gaza, Ankara, too, should show more sensitivity.

It is said in the Biblical book of Proverbs [18:21] that “Death and life are in the power of the tongue.” [King James Bible “Authorized Version”]. The Turkish version of this saying is: “Dil Yapar Dil Bozar.”

With this in mind, it may be noted that the Erdogan could have been expected to display “a victor's  generosity.”