Why Some Turks Miss Military Coups

A Turkish opposition politician made headlines by suggesting that a military coup might be the best way to defeat the ruling Justice and Development Party, writes Mustafa Akyol. 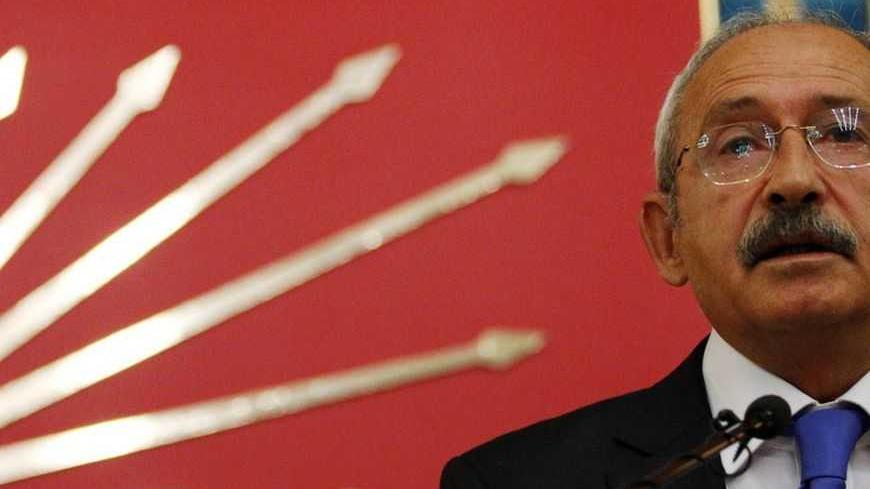 Osman Aydın, a member of the Turkish Parliament and of the main opposition Republican People's Party (CHP), was little-known figure until last week. But with a short speech he gave at a small village in his province, Aydın, he created a mid-size political scandal and made national headlines.

The scandal was that as an elected politician, Aydın saw the ideal way of defeating his party's main political rival, the Justice and Development Party (AKP) government, as not elections but a military coup.

“There were coups in the past; political power used to change that way," he first reminded, referring to Turkey's past. Then he went on to say:

"Now there are no generals around to make coups. They [the government] got rid of all of them. There is no such rescue anymore. The only way to rescue is the ballot. Hence we will be well-prepared when we head to the ballots."

Had Aydın represented any party other than the CHP, then this comment could perhaps have been treated as eccentric nonsense. But many commentators in mainstream media concluded that Aydın's statements revealed a mainstream line in his party: Seeing the Turkish military as a political ally and hailing its attacks on elected governments as "rescue" missions.

One has to take a look at the history of the CHP to see why. The party was founded by none other than Mustafa Kemal Atatürk, the very founder of the Turkish Republic. As republican and revolutionary as he was, though, Atatürk was not terribly fond of democracy. Hence he devised the CHP not as one of the competing parties, but the only one, the "state-party."

That is how the CHP stayed in power from 1923, the very beginning of the republic to 1950, the year of the first free and fair elections. It relied not on ballots, but the dictates of state power.

In 1950 — or the year of the "Turkish Spring" — the opposing Democrat Party led by Adnan Menderes came to power, ousting the 27-year-long "one-party rule" of the CHP. With strong support from social groups that were oppressed by the CHP — peasents, religious conservatives, Kurds and even most non-Muslims — the DP won three elections in a raw. The CHP seemed unlikely to come to power again.

But soon, the "rescue" that CHP deputy Osman Aydın spoke about came: On May 27, 1960, a junta within the Turkish military, which shared the CHP ideology, i.e., "Kemalism," launched a coup against the DP government. All DP deputies were arrested and, after a show trial, Prime Minister Menderes and two of his ministers were executed.

The CHP, which had supported the 1960 coup, also became its main benefactor: Having crushed the DP, the military regime made it possible for the CHP to win the elections of 1961 despite its minimal support. A popular slogan of the time summed up the Kemalist formula for ascendance: "The CHP + the Military = Power."

Since then, neither the CHP nor any other explicitly Kemalist political party has been able to win any elections in Turkey. One exception was the 1977 elections that the CHP won, but this was possible thanks to the party's reinventing of itself as a social democratic force.

In the '90's, however, the CHP returned to its Kemalist roots and emerged as a hardcore secularist, nationalist and static force that expressed a lot of fear but inspired very little hope. Especially in the 2000's, the party, under the leadership of Deniz Baykal, emerged as the home of the AKP-phobic urban secularists, whose main cause was not to allow university students wear the Islamic headscarf.

In fact, the AKP, in some sense, was a continuation of the DP that the military coup of 1960 had crushed. No wonder AKP leader Recep Tayyip Erdoğan, before the elections of 2011, used propaganda posters that showed him side by side with Adnan Menderes, "the martyr of Turkish democracy." The AKP was proud to defy the forces that overthrew other elected goverments in the past. The CHP, on the other hand, was demoralized to see its longtime ally, the military, defanged.

In other words, with the gradual decline of the military (and the overall Kemalist bureacuracy) as a political actor, the CHP found itself alone against the AKP. It also proved unequipped to compete with such powerful rivals on real issues, such as the economy, good governance or foreign policy. It is like an over-protected child who feels insecure and disoriented when his parents leave him to a medium of free competition.

Of course, this can be a reason for the CHP to grow up, and become an inspiring political party that can compete with the AKP. The party's new leader, Kemal Kılıçdaroğlu, who replaced Baykal in 2010 following the latter's sex scandal, is indeed trying such a transformation by promising a "New CHP." But it is hard to change a party as archaic as this, and whether Kılıçdaroğlu has enough of a vision is debatable. That is why some CHP supporters still live in nostalgia for the days of Kemalist coups, and most Turks do not expect the party to defeat the AKP in a foreseeable future.