Exclusive: Shooting of Salafists In Tunisia May Spur More Attacks

Violence by radical Islamists has made a recent reappearance in the impoverished neighborhoods surrounding Tunis. Salafists are attempting to replace the area's security forces, who no longer have full control over the towns, writes Mischa Benoit-Lavelle in this exclusive report from Douar Hicher. 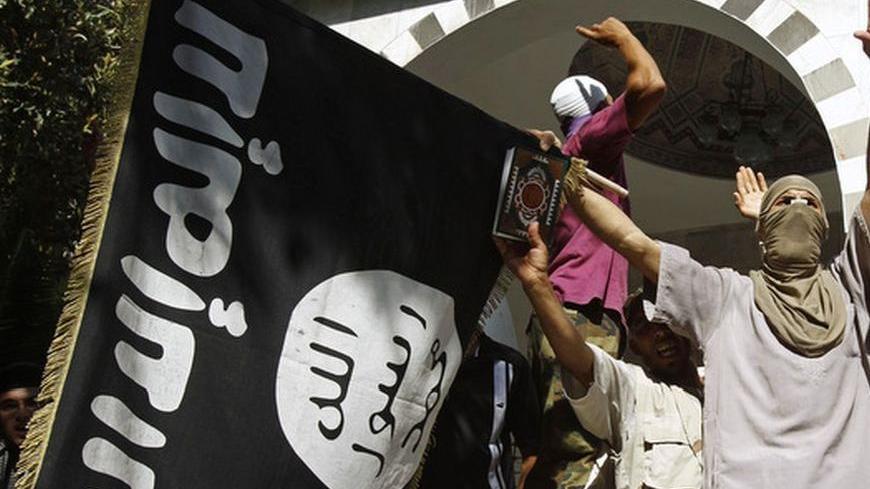 Protesters shout slogans during a demonstration against security forces seeking to arrest Tunisian Salafist leader Saif-Allah Benahssine over clashes at the US Embassy, at the al-Fatah mosque in Tunis, Sept. 17, 2012. - REUTERS/Zoubeir Souissi
November 1, 2012

Standing between two armored cars outside of the national-guard post he commands, Nadhem Bannouri recounted the story of the officers who on Tuesday night, Oct. 30, opened fire on a crowd of Salafists that had stormed a national-guard post, killing the imam and muezzin (official who calls to prayer) of a local mosque. Armed with rocks and Molotov cocktails, the crowd forced its way into the under-manned post and stole a pistol and a teargas-grenade launcher.

As Bannouri tells it, the officers’ backs were to the wall — the post has no emergency exit — and they were forced to shoot.

Douar Hicher is a small, poor neighborhood west of Tunisia’s capital and just a ten-minute taxi ride away from Bardo, the seat of the Constituent Assembly, the country’s interim governing body. The neighborhood, along with nearby Hay Ittidhamen and Hay Intilaka, is part of a band of poverty and unrest surrounding the wealthy capital. The neighborhoods were among the first in the capital region to explode during Tunisia’s revolution, and have subsequently seen several other violent riots.

Bannouri says that the area is now also part of a band of Salafism, radical political Islam aimed at establishing Shariah law.

“There’s so many of them, they’re everywhere,” he says, and rattles off a list of nearby mosques he says are now under their sway. “They hit women and girls. They try to impose their law.”

While Bannouri’s accusations of quotidian violence could not be confirmed by residents, it is unquestionable that Salafism is a phenomenon on the rise in Douar Hicher as it is in the rest of Tunisia. From Sidi Bouzid in the country’s center to Jendouba in the northwest, reports have risen of groups of religious conservatives who apply pressure, sometimes violently, to discourage drinking and what they perceive as lewd dress and mores.

Tuesday’s violence came after Salafists had apprehended an illegal wine seller on the previous Saturday and attempted, unsuccessfully, to cut his fingers off. A national guardsman who intervened ended up in the hospital after being hit in the head with a sharp object, possible an axe, by a Salafist.

The violence came as a rude awakening, as the months since Sept. 14’s Salafist storming of the American Embassy — which resulted in significant destruction of property and the deaths of four protesters — were marked by relative calm among radical Islamists. Salafists staged only peaceful demonstrations for the release of their imprisoned “brothers” — several hundred of whom had been put in jail in connection with the embassy incident.

On Wednesday, the day after the shooting, Douar Hicher’s national-guard posts were filled with officers mulling about and smoking cigarettes amid barbed wire and armored cars. The weaponry and manpower on display gave the posts an air of military garrisons before a pending operation. But no raid was planned, in spite of the fact that no arrests had been made in connection with the previous nights’ violent protests. Outside the posts, no patrols were being conducted, and at at least one intersection usually manned by a national guardsman conducting traffic, there was no security presence. The officers were not gearing up for action, but weathering a storm.

Around Jemaa Annour, the mosque whose imam and muezzin were killed as a result of Tuesday night’s fracas, a hundred or so young men stood in groups, giving intimidating stares to unknown passers-by. While these young men issued a blanket refusal to talk to the press, and even threatened some journalists, some sympathizers at a nearby convenience store were more loquacious. They offered a drastically different picture of Tuesday night’s events than the one given by security forces.

Abbas, a middle-aged man with a thick black beard and a warm smile, said that Aymen Amdouni, the muezzin who was killed on Tuesday night, was in fact shot outside of his mosque. As he tells it, Salafists had gathered there to demonstrate against mistreatment at hands of security forces, who had come to “kidnap” — he refused to use the word "arrest" — two young men in connection with the national guardsman who had been injured on Saturday.

Abbas, a father of three young children who frolicked around him as he spoke, said that he was indeed bothered by the violence, but he didn’t place the blame on the shoulders of Douar Hicher’s Salafists, but rather on the government and security forces.

“Those who guide the country, they don’t want people to follow the true Islam,” said Abbas. He said that security officers target Salafis and anyone whose style of dress resembles followers of the movement.

The narrative in which he sees the events — that Salafists are discriminated against by the Tunisian government — is one which several prominent sheikhs have promoted following the government’s crackdown after the American Embassy incident. In this light, the two dead men can only appear as martyrs.

Just before sundown, a quiet procession of over 500 men, a large showing for a small community, carried the body of Aymen Amdouni through the streets of Douar Hicher to the nearby cemetery. The silence was broken when someone noticed a man leaning out of a low window holding a cell-phone camera. A crowd quickly gathered under the window, shouting at the man to stop filming. He promptly complied.

“The police use pictures and videos to make arrests,” Abbas explained.

But not everyone in Douar Hicher takes the Salafists’ side. Monji, a father of two, says that the muezzin was indeed killed inside the national guard-post, and not outside of the mosque.

“Their friends are making a big reaction,” said Monji, referring to Abbas and a young Salafist who stood nearby. According to Monji, the Salafists of Douar Hicher have replaced the presence of security forces, who no longer have full control over the town.

“The government had control, but they don’t anymore,” he said.

When asked whether it was a good or a bad thing that Salafists were making up for the lack of law enforcement, he just shook his head and looked away.

Security officers say that this loss of control is due to a lack of support from the Tunisian government.

On Thursday, several dozen police officers joined by members of the national guard staged a protest in front of the Ministry of the Interior against the recent violence they have encountered and what they considered insufficient resources and authority granted them by the government.

Primary among their demands was the application of a law that dates to 1969 and which allows security forces to fire on crowds after having exhausted other means of deterrence. Interior Minister Ali Laarayedh made reference to the law following violent protests in April, implying that officers had the right to fire live ammunition at protesters. According to police and national guard members, however, that was only so much talk.

Kamel Mraini, the regional secretary-general of the Union of National Security Forces for the area where Tuesday’s violence occurred, said that the decision to shoot in Douar Hicher was made by the local commander, since higher-ups refused to take responsibility. For Mraini, this was typical of a systematic refusal on the part of interior Ministry officials to stand behind street-level officers.

“The government doesn’t want murder, and they don’t want anyone killed because they are waiting for the upcoming elections,” said Mraini. “The interior minister has to go. He needs to be replaced by someone without political affiliations.”