There is a real opportunity for the "non-Islamist" opposition to come out of the current upheaval as a stronger political force if they stop making the same mistakes they have been for the last two years, writes Bassem Sabry. 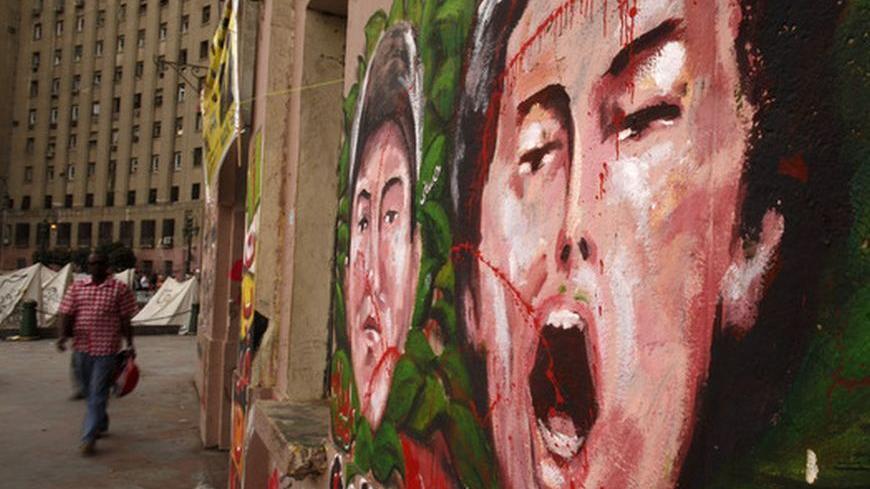 Over the past two years, much of foreign media and punditry have had a disproportionate focus on Egypt’s Islamists movements (particularly the Muslim Brotherhood) compared to any writings, academic or journalistic, on Egypt’s opposition. Some of that, of course, is understandable. The greatest hope, and fear, effectively lay with the Islamists. It was finally their moment of truth, answering the long-suspended question of whether or not all the anti-democracy and anti-human rights claims against them were essentially hyperbolic or in some way justified. They were the mystery that was finally surfacing and also evolving, rapidly and towards uncertain directions, as well as an increasingly fashionable subject of writing. In some ways, they still are.

But the second reason for this disproportionate interest in Islamists was the relative lack of interest in, if not even scorn for, some of the alternative opposition. For many, the opposition pretty much represented a considerably weak, largely immaterial, and very disorganized, incoherent entity whose influence on Egyptian politics was hardly worthy of interest. True influence was with the Islamists and the military, observers quipped, and they were not entirely wrong in that account. Secular and progressive political groups remained largely underdeveloped in street presence and internal organizational development, they lacked mutual coordination and alliance, were vague in messaging and effectively were presented to the public as just the non-Islamists rather than having their own complete project.

The very first test for the opposition’s influence was in the March 2011 referendum, having pretty much united against the proposed constitutional amendments, demanding instead an immediate focus on writing a new constitution for Egypt before any parliamentary elections took place. Islamists (and tacitly, the military) supported the opposite, and won a landslide 77% in the national referendum. Of course, this massive approval was also partially a result of many non-politicized voters believing that proceeding with the elections would bring a modicum of stability. Months later, parliamentary elections provided the opposition “civic” current as a whole, as they are euphemistically called within Egypt, with only about one-third of parliament compared to the Islamists who took more than two-thirds combined. Observers and commentators who bet and primarily focused on Islamists and saw the opposition with relative irrelevance felt quite vindicated.

But then, things began to change a bit. The first real indication that there was a genuine and significant shift in local political leanings came with the presidential elections, with more than 75% of the votes in the first round going to liberal or progressive candidates. The second round of the elections did indeed see the victory of current president Mohammad Morsi, but only by a meager 51.7% compared to a self-described “liberal” candidate who even had strong ties with Hosni Mubarak and was chosen as his crisis-time (and final) Prime Minister, Ahmed Shafiq. In fact, Morsi’s victory was only assured with the support of many civic-minded revolutionary and political figures and movements who saw that a Muslim Brotherhood victory could be better than the victory of a former Mubarak Prime Minister and yet another military man. While part of the rise of Shafiq could be attributed to some voters seeing him as the security-credentialed and more politically experienced candidate in a time of extreme national uncertainty, the other big part was reflective of an increasing dissatisfaction with the performance of Islamists in the short-lived parliament, as well as of a rising concern towards the political and local conduct of the Islamists.

But perhaps the watershed moment came over the past few weeks, immediately after the president issued the incredibly controversial constitutional declaration, which granted him — among other more acceptable contents — absolute powers that he described as necessary and temporary to ensure faster completion of the transitional period. In a sight largely never seen before, and one that was being demanded of them for nearly two years, Egypt’s opposition movements and figures stood together against the declaration on one stage in a big press conference in the Al-Wafd party, and announced that they were uniting under one coordination entity, the grandiose-sounding “National Salvation Front.” Later, the NSF chose former IAEA chief and founding head of “The Constitution” Party Mohammed El-Baradei as its figurehead and chief coordinator. And while a number of commentators might make the argument that the NSF has made several political miscalculations over those past few weeks, and some do make that argument quite angrily and vociferously, few other observations remain valid nonetheless.

First, the figureheads of those parties and movements have become effectively — if at least for the moment — one united front vis-a-vis local and world public opinion. The leadership figures of the comprising political entities have established regular meeting schedules and joint public appearances, and have developed a fairly-functioning form of internal decision-making rhythm and mechanism. They have, for the most part, managed to remain united in positions and in political steps, weathering a few potential breaking points. In addition, the involved parties have relatively and visibly brought more closely together their separate organizational structures to work in sync in dealing with the recent political crisis, allowing greater bonds between even lower and younger ranks of the membership base.

And while Islamists remain overwhelmingly more organized, better at public mobilization and in maintaining a long-breathed and staunchly-dedicated base, the opposition has managed to encourage massive protests during the recent crisis, equaling and perhaps at times surpassing those of the Islamists. These protests even featured many first-time protesters, including greater participation by elderly citizens, more of the upper and upper-middle-classes, and those who were generally not particularly passionate about Tahrir protests in general. Eventually, the opposition managed to (at least) encourage an unexpected 44.5% “No” vote in the ten governorates comprising first round on the referendum on the draft constitution, up from the 27% for the same governorates in the similarly-spirited March 2011. Again, a significant percentage of such “No” voting and public mobilization comes from a genuine direct public dissatisfaction with the Muslim Brotherhood and was not necessarily the result of the opposition’s ground work, but the NSF has substantially been capable of providing some sense of direction for many, and served as the focal point for those who find themselves in opposition to the Brotherhood and their allies.

There remain, however, quite a few questions regarding the future of Egypt’s opposition. For example, whether or not the NSF can hold it together until the end of the current conflict over the constitution, and if they can come out of this as an even more tightly-integrated group that would then proceed as one front in the coming parliamentary elections (previous smaller co-operation attempts, such as “The Third Current,” had largely proven to be without impact.) Moreover, the NSF needs to bridge the gap between them and other more centrist forces, especially moderate Islamist and fourth-place presidential candidate Abdel-Mon’eim Abul-Fotouh and his party, Strong Egypt. Abul-Fotouh and his party’s positions in particular have significantly mirrored those of the NSF’s and their comprising parties throughout the recent crisis, but have remained independent of the NSF both by some choice (Abul-Fotouh’s platform is largely founded upon non-polarization and upon being a potential third way between traditional Islamists and the civic opposition) and due to what is speculated by some as a lack of profound eagerness in their official membership of the NSF.

Another question is translating the largely self-motivated public mobilization the NSF managed to “encourage” into an actual political base, one that could become directly involved in the constituent parties and movements and develop into a more dependable and fully involved membership. There is also the question of political messaging, as most of the opposition lack a clear identity, and still lack a refined progressive ideological framework that could be argued and presented in coherence to the public while also eliciting a positive connection in a significantly conservative society. Then, there is the debate over how to deal with remnants of the Mubarak regime and the former NDP who are trying to regroup, with Ahmed Shafiq working on founding a political party of his own, former NDP members and MPs coalescing into an electoral alliance of 70+ members, others functioning within smaller splinter parties or trying to become members of bigger and more accepted parties, while others attempt to chart their own course.

Interestingly, the public as of late has been a bit more willing to accept the reintegration of some of these figures into public life, as long as there is no proof of direct involvement in any criminal or political misconduct, particularly corruption. This growing re-acceptance comes from both the fact that many of these former NDP figures come from the bigger families that are deeply and traditionally entrenched in many areas around Egypt, while also the result of the growing discontentment with the condition of Egypt following the revolution. For the opposition, it would perhaps be political suicide to align with many of these former NDP figures and entities, but they will represent a critical challenge over the much of same electoral base and logistical support, a challenge that has to be answered. Furthermore, despite the massive political upheaval as of late, statistics show that voter turnout has actually declined by more than 15% between March 2011 and December 2012 in the first round ten governorates, which means the opposition — and the Islamists — need to reach out even better to unpoliticized swing voters who form the majority of Egypt (only 32% of potential voters actually voted in the first round.)

There is a real opportunity for Egypt’s opposition to come out of the current upheaval, even if this particular battle is not won, as a stronger and more integrated political force whose fortunes and support are on the rise. The key, however, is to stop making the same mistakes that have been taking place for, well, about two years now.