'Charter 91' Seeks to Unite Iranians Around a Tolerant Vision

Iranian exiles including an Oscar-nominated actress have launched a new initiative to unite Iranians inside and outside Iran around a tolerant, nonviolent vision of their country’s future. “Charter 91” — named for the current Iranian year of 1391 — is both a document and a plea. 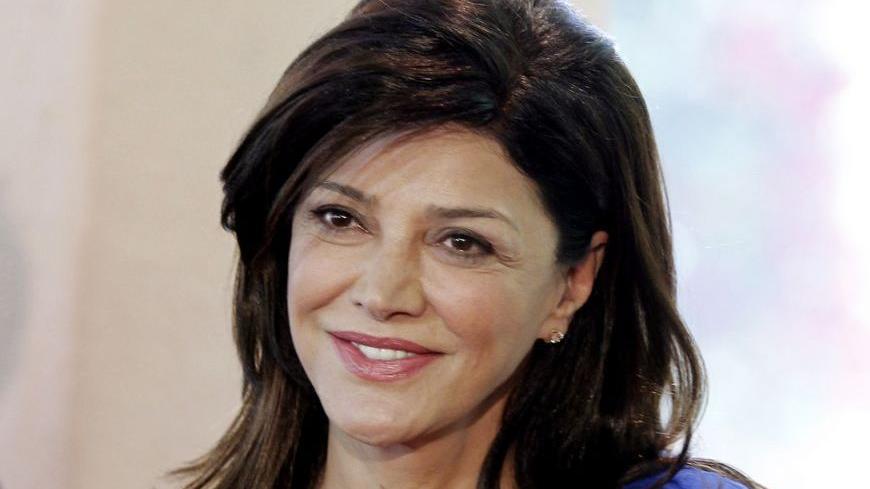 Inspired by the successful liberation movements of Eastern Europe and South Africa, a group of Iranian exiles including an Oscar-nominated actress has launched a new initiative to unite Iranians inside and outside Iran around a tolerant, non-violent vision of their country’s future.

“Charter 91” — named for the current Iranian year of 1391 — is a both a document and a plea to overcome the cynicism and passivity of those confronting a repressive regime and the tendency of Iranians to expend as much  effort criticizing each other as on seeking solutions. It seeks to unify the Iranian diaspora as well as to influence the debate in Iran.
“We are talking about Iranian society and not only about the Iranian government,” Ramin Jahanbegloo, an Iranian-Canadian philosopher and professor who was instrumental in drafting Charter 91, told Al-Monitor in an interview. “We’re not pointing fingers only at different political powers. There are many issues within an Iranian society that has to organize itself and practice non-violent action if it wants not to get into new forms of tyranny.”
Since the Charter 91 was first publicized on Facebook and on a website a month ago, about 400 people have signed it, including about 60 in Iran, Jahanbegloo said.
Among them are Shohreh Aghdashloo, an actress nominated for an Academy Award for her performance in the 2003 film House of Sand and Fog, journalists Maziar Bahari and Nazila Fathi, former student leader Ahmad Batebi, and Reza Pahlavi, son of the late shah of Iran.
Iranians have been aspiring to achieve democracy for more than a century. However, “two revolutions [in 1906 and 1979] have failed to establish and sustain democratic and responsive government,” the charter says. “At each juncture a totalitarian government has supplanted tottering ancient regimes.”
The charter calls for a new government to be elected by a population with the right to assemble and express itself freely; a foreign policy aimed at “strengthening bonds of friendship with other countries and maintaining peace with the peoples of the world”; equality for women; freedom of religion – including the freedom “to change one’s religion” and to “be free from religion;” an end to discrimination against ethnic minorities and homosexuals; and the abolishment of capital punishment. It says that Iranians should have the right to form labor unions, that women should be able to wear what they like in public and that the “state must refrain from arbitrarily transgressing in the private affairs of individuals.”
These principles would obviously be a huge leap for a country that has been governed for nearly 34 years by conservative Shiite Muslim clerics and that harshly represses those who publicly challenge their rule.
Jahanbegloo said he did not expect the charter to become reality anytime soon but that he hoped it would stimulate debate and provide “an ethical foundation” for a future Iranian government and society. He has been organizing weekly meetings in Toronto for the past month to explain the initiative.
Janhanbegloo said his inspiration came from the Charter 77 manifesto of the late Czech leader Vaclav Havel and the 1955 Freedom Charter of South African activists.
“Charter 91 had a very long incubation,” Jahanbegloo said. “When I was a student in Paris in the 1980s, I was quite active in the anti-apartheid movement and also in the East European movement” against Communist rule.
He returned to Iran while Mohammad Khatami was president and achieved considerable popularity for advocating tolerance and reform. Janhanbegloo left Iran after he was jailed for four months in 2006 and has taught since then in India and Canada.
After the suppression of Iran’s Green Movement following disputed 2009 presidential elections, Jahanbegloo said he began to think about how those outside Iran could help keep hope for change alive. The actual drafting of Charter 91 began about a year ago, he said. Four other members of the Iranian Diaspora were actively involved: Ali Ehsassi, a lawyer; Mehrdad Loghmani, an IT specialist and social activist; Mehrdad Hariri, a senior science policy researcher; and Mehrdad Arainnejad, an IT specialist and cultural organizer.
Iranians inside the country were also consulted; Jahanbegloo said that a draft was sent to women’s organizations which suggested beefing up the section on women’s rights. He said a special effort was made to engage a younger generation of Iranians who were born shortly before or after 1979 and who did not personally experience the ideological divisions that tore Iran apart during and after the revolution.
The project has no financial backing from any government, Jahanbegloo told Al-Monitor. “We are penniless,” he said, the organizers having put up the money for Charter 91 “from our own pockets to make pins and pamphlets.” He said he would reject any offer of future help from any official sources because “we want to keep our independence” and avoid any taint of conflict of interest.
Jahanbegloo said no Iranian — from leftists to monarchists -- was excluded from signing and that “it would be nice” if adherents of the Mujahedin-e Khalq would join, though he doubted the group, which was recently removed from the US State Department’s list of terrorist organizations, would do so given what he called their “totalitarian” background.


Asked why he signed, Trita Parsi, president of the National Iranian American Council, wrote in an e-mail to Al-Monitor: “I think it is an important step, precisely its emphasis on nonviolence. While change must come from inside Iran, Iranians outside also have a role to play and the charter utilizes the intellectual freedom that the Diaspora enjoys to provide the people inside with the essential principles that must guide non-violent change towards democracy.”
Mehrzad Boroujerdi, a Syracuse University political science professor who also signed, said it was “time for many of these Iranian liberals to come out and put their names on a platform like this.”
While he said he doubted that it would have much political impact in the short term, he told Al-Monitor that it is “a way of moving the discussion an inch forward.” “These opinions should be out there,” Boroujerdi said. “We are trying to get away from this polarized culture.”
Barbara Slavin is Washington correspondent for Al-Monitor and a senior fellow at the Atlantic Council, where she focuses on Iran. Follow her on Twitter: @BarbaraSlavin1.